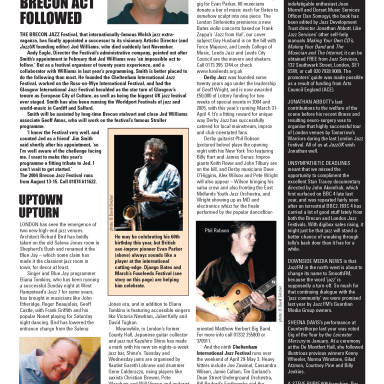 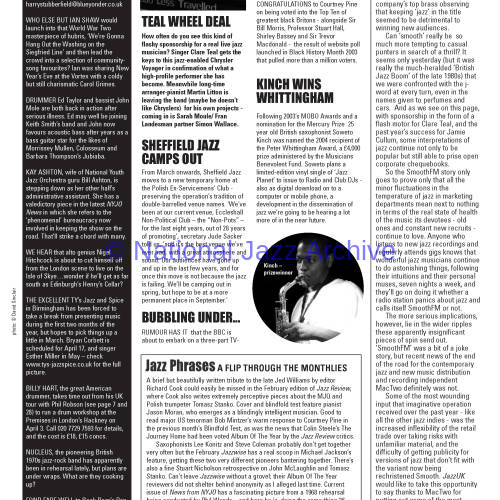 Page 9 of Jazz UK 56, March/April 2004. News stories feature, including Sheffield Jazz relocating to a new temporary venue at the Polish Ex-Servicemen's Club, rumours of a documentary series on the history of British jazz from the BBC, Courtney Pine being voted into the top ten in a poll of the greatest black Britons, and saxophonist Soweto Kinch winning the Peter Whittingham Award. The editorial for the issue also appears, condemning the decision to rebrand radio station JazzFM as SmoothFM and expressing regret at the demise of independent recording and distribution company Mac Two. 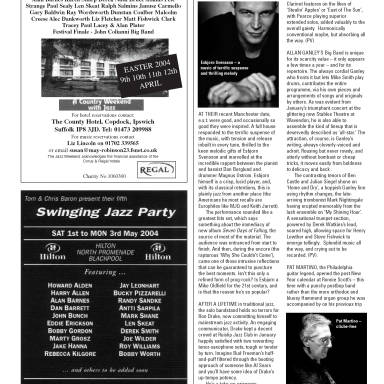 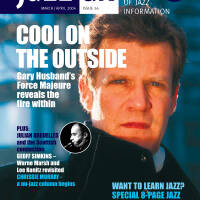 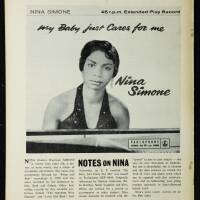