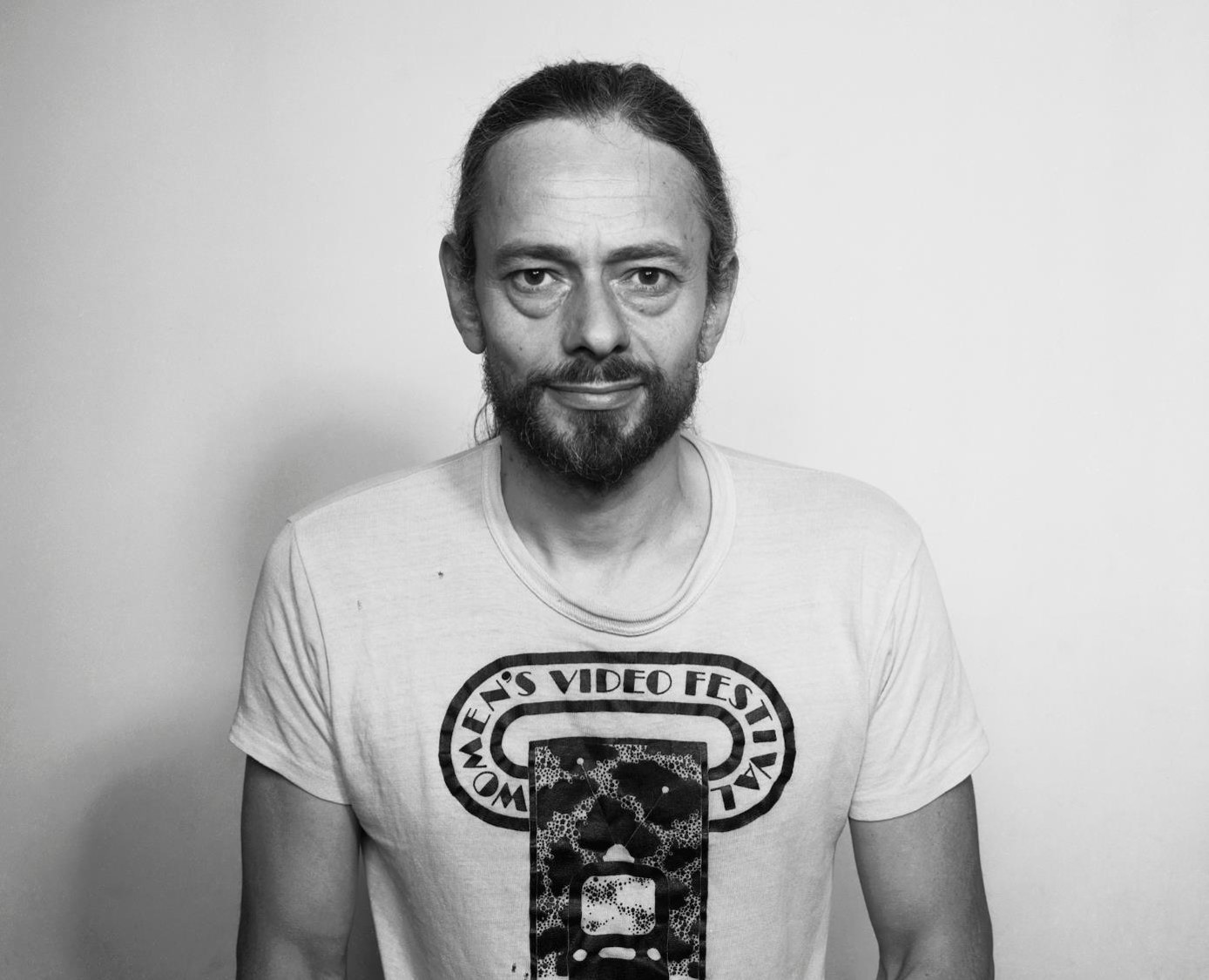 John Hopkins, known widely as ‘Hoppy’, epitomises 1960s counterculture. This selection of images captures his enduring love of jazz alongside his passion for activism and social justice.

Together the collections presents a rich and evocative tapestry of an eventful, fast-changing period in which jazz played an intrinsic part and Hoppy played a leading role.

Hopkins graduated from Cambridge University after entering on a scholarship, and obtained his Masters degree in general science in 1958. In his own words, he: "... discovered sex, drugs and jazz at Cambridge, and pursued all three with great diligence".

After leaving University he worked briefly as a laboratory technician for the British Atomic Energy Authority, but lost his security clearance following a visit to Moscow for a peace festival.

In 1960 Hoppy moved to London and became a photographer. He worked for the Sunday Times, Melody Maker and Peace News, and took pictures of everything from visiting Jazz and Blues Artists through to CND demonstrations (the British Campaign for Nuclear Disarmament) and UK Prime Minister Harold Wilson, with a few fashion models in between.

John Hopkins captured the mood of the Sixties. He photographed The Rolling Stones and The Beatles on their first wave of stardom and in their prime. Other stand-out subjects who help personify the era include Martin Luther King and Malcolm X.

True to his ideals and social interest Hoppy also documented the alternative and seedier sides of life. A collection from this period was published in From the Hip (2008), compiled & edited by Addie Elliott (Vassie).

Val Wilmer, the celebrated photographer and writer, and a National Jazz Archive patron, describes in her obituary of Hoppy how it was through him that, in the mid-1960s, she came to meet Bernard Stollman of ESP records and many of the then leading avant-garde jazz figures: Ornette Coleman, Albert Ayler, Archie Shepp, Cecil Taylor, Sun Ra, Sunny Murray and Milford Graves.

Wilmer explains how Hoppy encouraged her to write about them, and describes their collaboration in a memorable interview with Thelonious Monk for a piece in King magazine.

Hoppy was key to founding several projects during 1966, which embody the era:

During the 1960s Hoppy also championed and documented the beat poetry movement, which had started in the 1940s and 50s in America and took much of its inspiration from the bebop jazz of its formative years.

In the Summer of 1965 he joined Barry Miles (future biographer of Allen Ginsberg and William Burroughs) and the British poet Michael Horovitz to help organise the first of the events that went on to be known as the Poetry Olympics, which was booked by Barbara Rubin to be at the prestigious Royal Albert Hall.

The event featured Ginsberg, Lawrence Ferlinghetti, Christopher Logue and many others. The standing-room only event was billed as the UK’s first full-scale ‘happening’ and marks a moment when the British ‘underground’ scene was first recognised as such. 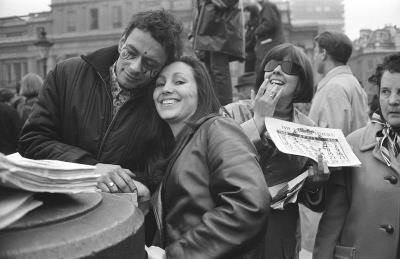 On 30 December 1966, Hoppy’s address was raided by the police. No doubt he was targeted as a ‘leader’ of this, albeit amorphous, movement. Hoppy was not present but was charged with allowing his flat to be used for the smoking of cannabis. At his trial he was branded a ‘menace to society’ and sentenced to 9 months imprisonment.

Outrage inspired ‘Free Hoppy’ graffiti, a Trafalgar Square demonstration in London and a full-page celebrity advertisement in the Times, funded by Paul McCartney. It did him no good as he served six months in London's Wormwood Scrubs prison.

Hoppy quit photojournalism to focus on nurturing his projects with the International Times and UFO club.  Inspired by the Paris events of May 1968, International Times was converted into a workers’ co-operative. Hoppy started Bit, an information service providing advice on squatting, drugs, etc.

John Lennon gave Hopkins his first video camera in 1969. He turned towards video as an art form and an educational tool and documented subjects such as American political fugitives in Algiers. Hoppy was regularly sponsored by members of both The Rolling Stones and The Beatles.

Hoppy’s marriage to Susan Zeiger (aka Suzy Creamcheese) ended in divorce in 1968. In 1969 Hoppy, with his partner Sue Hall, formed Fantasy Factory. It revolutionised low-tech video editing, bringing it within reach of community activists and independent directors. UNESCO funded Fantasy Factory’s educational package and distributed it widely in the developing world. 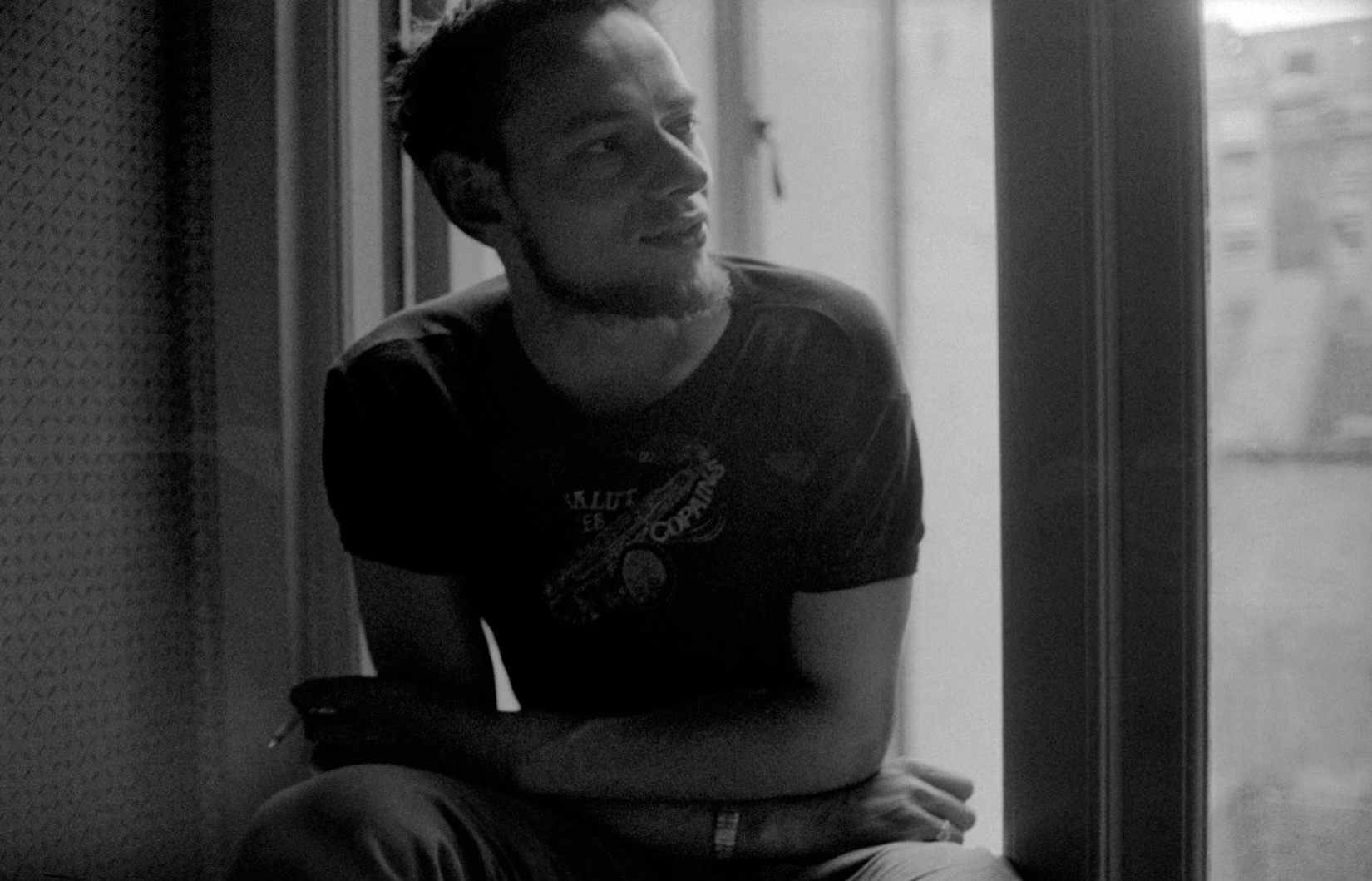 Sadly, Hoppy was diagnosed in later life with Parkinson’s disease, but remained inspired, and inspirational, and a jazz lover, to the end.

The National Jazz Archive is grateful to the trustees of the John Hopkins Archive for permission to display his work and the ElliottHalls Gallery, Amsterdam for their assistance in providing the collection material.

Any enquiries regarding the purchase of Limited Edition, fully authenticated fine art photographs by Hoppy’s should be made to ElliottHalls at info@elliotthalls.com for any other enquiry relating to image use or the estate of John Hopkins, please contact enquires@hoppy.com.  Please mention the National Jazz Archive when making contact.

The copyright of all images images by John Hopkins and reproduced on this website resides solely with the Estate of John Hopkins.

Rahsaan Roland Kirk at the piano

Dexter Gordon in close up