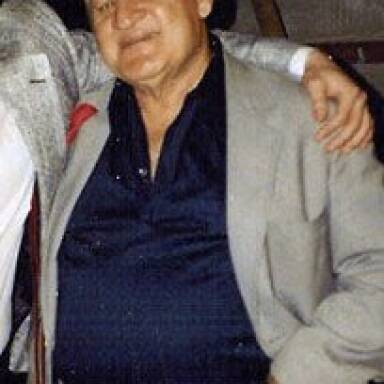 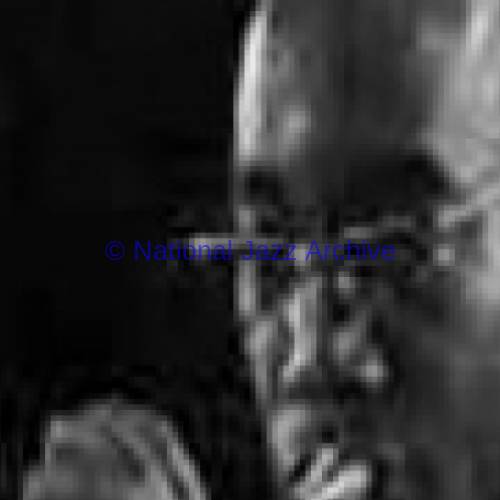 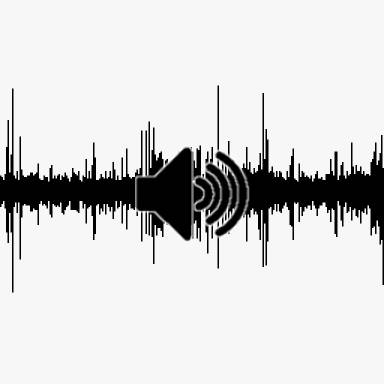 Carole MacGrath
Back to Interviews
Next
Previous

Carmell’s unusual Christian name is derived from a Spanish word meaning ‘song’. “Actually, I’ve got some Spanish and some Red Indian blood in me. But it’s the African blood that shows most,” he smiled.

Like most young American musicians, he started playing while still at school. His father wanted him to take up the sax and was pretty upset when he held out for a trumpet. He was even more annoyed when Carmell, who’d been listening to a lot of jazz on the radio, declared that he intended to become a professional musician. Mr. Jones had plans for his son to go into engineering.

Eventually he was reconciled to the idea that Carmell had a mind and will of his own and from then on encouraged him to study music seriously. After four years in the air force, during which he led his own quintet, he went to Kansas University, intending to take a music degree. But what he considered antiquated teaching methods frustrated him so much that, after two years, he quit and moved to Los Angeles, where he met and sat in with such West Coast stars as Shelly Manne, Teddy Edwards, Buddy Collette and Bud Shank.

After his first LP. “Introducing Carmell Jones”, made in 1961, had sold well he became much in demand, and was able to quit his day job as railroad porter. For some time he was a regular with Howard Rumsey’s Lighthouse All-Stars and the Gerald Wilson Orchestra. Then in 1964, after turning down the chance of going with Art Blakey’s Jazz Messengers, he joined the Horace Silver Quintet.

He stayed with Silver until the Summer of 1965—when he felt he needed a change, “The New York scene was stifling me and I was becoming disenchanted with things in the States.”

When he was asked to appear with his friend, Nathan Davis, at the Stuttgart Jazz Festival he leapt at the chance. And he’s been on this side of the Atlantic ever since.

Will he ever return to America? “Could be, because I would like to establish myself there as a musician, composer and arranger. But for the moment I’m very happy living in West Berlin and playing with Leo Wright in the SFB Radio Orchestra.”

How was he enjoying his first visit to Britain? “Just great! The atmosphere is so free and the people are really lovely. And playing at Club 43 is fine. I’m as favourably impressed by the scene here as Leo was.”

His impressions of the avant garde? “I don’t go for it. I feel that jazz is a state of pioneering and that the new wave musicians are the Darwins, Galileos and Einsteins of jazz. Just as those men’s ideas were not recognised at first, so it is with the avant garde players. Their music may eventually be accepted, but it won’t survive. “Although it has some form-albeit free form-it has no foundation,” he says emphatically.

Does he acknowledge any influences? “Of course! Every kind of music I’ve ever heard, from pops to the classics, has influenced me in some way. Similarly, every musician I’ve ever met or heard has affected my musical approach. You see, I’m not a rebel—I’m a searcher. I know that things of value from others will help me to find my true inner self and to express myself honestly. “If you pin me down, I’ll admit that Armstrong, Eldridge, Dizzy, Miles, Clifford Brown and Fats Navarro on the one hand, and Ravel, Bartok, Stravinsky, Beethoven and Brahms on the other ‘have influenced me most.”

Hobbies  “Anything mechanical that I can tinker with. I’m hoping soon to start my own business manufacturing mouthpieces.”

Ambition? “I want to give some time to the drums. My father was once a professional drummer and I used to play around on his kit.”

It is a regrettable fact that Carmell is rather inactive on the current record scene. He last made an album of his own over two years ago. A man whose playing is as consistently brilliant as Carmell Jones must be neglected by the record companies no longer.