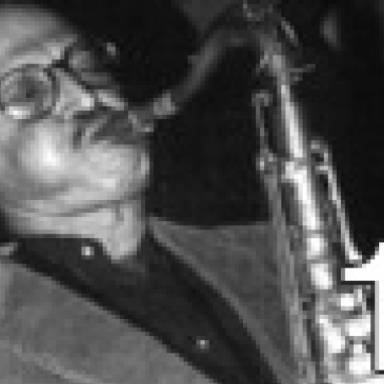 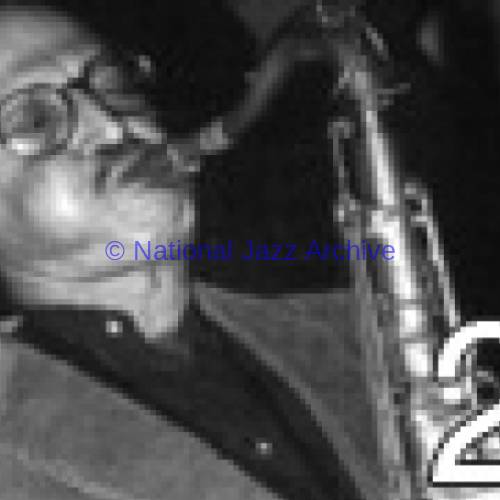 Interview Two: The Broadening World of a Player/Writer

The American saxophonist and composer talks to Tomkins about practice, other musicians and compositions. 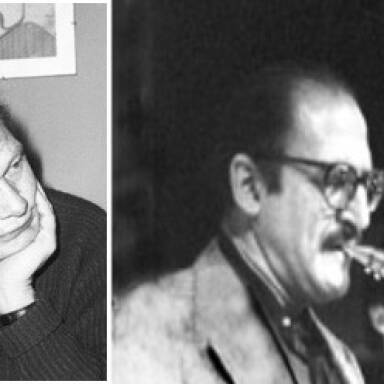 Al Cohn and Zoot Sims
Back to Interviews
Next
Previous

On occasions, when I’ve been hired to write something, I have set out to give it a jazz feel—sometimes it was a mistake, too, because that’s not what they wanted. When you’re writing on order, so to speak, you have to please the one who’s paying for it. And sometimes you have to know what they’re talking about, when they don’t. They say: “Bring me something that swings”, and you have your own idea of what swings, but that’s not what they meant at all. So we need interpreters.

I’ve never gotten into writing music for TV commercials too much—not that I wouldn’t have if I had gotten calls to do that sort of thing. I guess I was in the showbiz aspect of writing more than the jingles and commercial recordings. I did various TV specials like the Tony Awards Show, the Miss Universe show, the Miss USA show, the Anne Bancroft Show, a Cole Porter In Paris show, and the Fiftieth Anniversary of CBS show, which ran for a week, two hours a night. The real showbiz thing. In most cases, they wanted a sort of a hip big band sound except when they were going for the nostalgia thing.

My thoughts about nostalgia? Well nostalgia isn’t what it used to be! I can see the attraction; I don’t feel nostalgic for the old days myself. Of course, these ghost bands are very popular; the Miller band in particular Glenn Miller’s revered all over the world. I was really amazed when I found out about it; during my travels, I’d run into these Glenn Miller fan clubs, that are still going on. They listen to his old recordings with reverence.

I was never particularly a Glenn Miller fan. Yes, it was a dance band—that’s about it; it was very smooth, with a high level of musicianship. But I was interested in jazz, as far as big bands were concerned I listened to Count Basie, Duke Ellington, Jimmy Lunceford, Benny Goodman, bands like that, some of which I played with.

Now, Woody Herman knows what he wants, in terms of a big band sound of today, even if he can’t do it himself. I mean, he can’t put it on paper, and he can’t play that way himself, but he can take the raw materials that are given to him, and mould something out of it that’s his. Not many have that ability.

As for whether there’s a big band future now that’s a very difficult question. Even if somebody came along of the stature of a Duke Ellington, economically it would be very hard to keep it going.

There are too many obstacles; when you figure what it costs to take fifteen or twenty people on the road these days, with hotels and transportation, just breaking even is an enormous problem. It’s a real handful. And a TV band like, say, Doc Severinsen’s is no kind of answer you hear two seconds of that, and then they switch to a commercial. No, I think part of our business is travelling you must take the music to the people. That’s what I think, anyway, but maybe things’ll change. There’s certainly going to be a lot of changes in the near future if we don’t all blow up. Cable television and videotapes are going to be very big; I hear all sorts of predictions about that. Maybe some good bands will take off.

Saxophone practice? I have to do that even more so. Just to keep at the level that you’ve got, you can’t let any time go by—you’ve got to play every day. I can take a day off now and then, but no more than a day; I try to practise every day. When I’ve been writing a lot, I haven’t always been as diligent as I should have been and my playing suffered from that, I think.

But I solved that problem. I keep the saxophone out all the time when I’m writing, and every couple of hours, or at least once a day, I pick it up. It’s right there, staring me in the face; so if I don’t pick it up, it’s really my fault, then I get guilty. Practising is important at any time, but I think as one ages it becomes more important. I must say, I feel very strong on the saxophone right now—stronger than I have in years.

Usually, I’m away from the piano when I write; I just sit at a desk. I have a piano nearby, in case there’s something I’m not too sure of that I want to go over, otherwise, it’s just me and the paper and the pencil. I do the complete orchestration—that’s not something anybody learns; it’s a never–ending process. It’s like playing, in the respect that you’ve got to keep at it all the time it’s chops.

When I first wrote for strings, I was apprehensive about it—I didn’t know too much about it. Then I found out that practically anything you write is going to sound good. When you’ve got a big string section, you just write a triad and it’s sure to sound great.

No, I guess I haven’t written a lot for myself. Right now, I’m trying to write some material for my next album. As for writing for myself in an orchestral sense, if I were given that opportunity I’d welcome it, sure. I write original tunes for myself; I wouldn’t say I necessarily prefer using them, but it’s also a matter of business, as regards the royalties involved. I think it’s a good thing for any musician to try and write original music. Then occasionally you can get other musicians interested in your material.

Of my compositions and arrangements for others, one that a lot of people seemed to like was this thing I wrote for Gerry Mulligan in the ‘sixties “Lady Chatterley’s Mother”. I’ve done a lot for acts that I like, but they’ve never been recorded. Also I’ve done a lot of ghosting in my time—some things that got fairly popular, but it wouldn’t be proper for me to say anything about it. But I never had any bad feelings about doing that for somebody that I felt could do it if they weren’t too busy, or for whatever reason they couldn’t get to it. I wouldn’t do it for somebody that I felt was using me to cover for his own inadequacy. Ghosting was a very normal occurrence—it may still be, for all I know. There’s a certain advantage in that, too, because you don’t have to take the blame if it doesn’t come off! If I look back on high points of my career, I have to mention playing on some of the bands like Woody’s band, and Buddy Rich’s band before Woody, and Artie Shaw and Elliott Lawrence afterwards. Then the ‘sixties, when I worked with Zoot a lot, and we played at the old Half Note club in New York for about twelve years, up to maybe twenty, twenty–five weeks a year. And being with Concord Records now, as well as before that being with Xanadu and getting a Grammy nomination for the album I did with Jimmie Rowles, “Heavy Love”. Finally right now another Grammy nomination, for “Non Pareil” on Concord.1 think those have been highlights.

Also I was very happy to have met Peter Boizot in Colorado several years ago, resulting in him bringing me over here, after my not being in London for thirteen years I was very grateful for the opportunity. This all happened before I got these records out; so it was doubly important for me.

Yes, I would say playing with Woody Herman was a kind of a foundation for all that followed. That period with the ‘Four Brothers” band was the first time I ever got my name out in front of the public really—not that I had billing with the band, but we got heard. I met Zoot and Stan Getz there, of course. It was a very good band, although we didn’t sense anything particularly important about it at the time. We were working so hard, we didn’t have time to reflect. It was a travelling, one–nighter band; in the best of circumstances you get a little tired and bored under those conditions. The band was always charged up on the bandstand—it was after the gig was over that there was kind of a let–down. You know, you spend eight to twelve hours a day travelling, and four hours on the job. Of course, I’m out again now—the road is not for everybody, but I enjoy it. I wouldn’t enjoy sitting in a bus ten hours a day any more.

However, we don’t have that sort of thing, luckily. As I said before, you can’t expect people to come to you you’ve got to take the music to them.

I’ll be back in Europe, at the Berne Festival, in April; then I’ll be in Scandinavia, at the Stockholm Festival, a series of concerts in June. And I’ll be out with the Concord group in the Summer, as we were last Summer we were in Japan and Europe. We did play one night at the 100 Club, but unfortunately it came during the troubles in Brixton. As you know, the festival got cancelled till the following week, when they had a different venue, but by that time we were committed to be elsewhere. It’s to be hoped that everything’s okay this year.

It’s certainly my intention now to do more playing than writing. I’m enjoying myself very much, and enjoying the music. I really do like the challenge of playing with different groups all over the world, all the time. I stay by the phone, I keep my suitcase by the bed and I’m always ready.