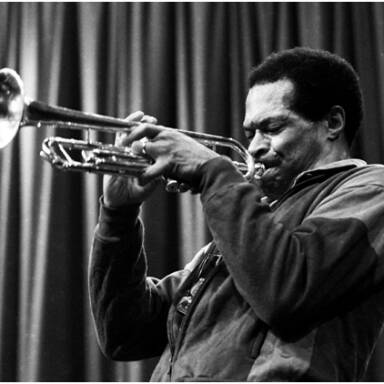 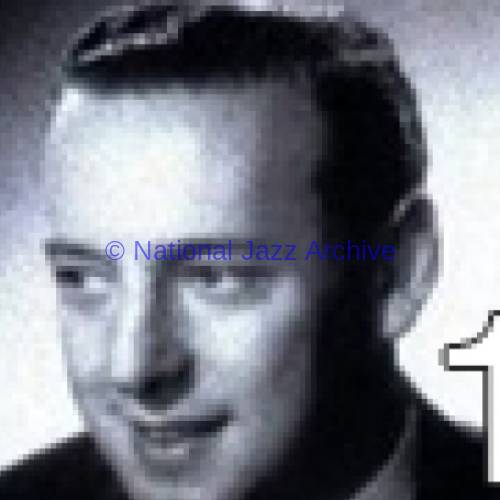 British composer John Altman recounts the life of his uncle, orchestra Woold Philips. Also, a profile by Murry Pfefer and an article from Fanfare Magazine, 1946. 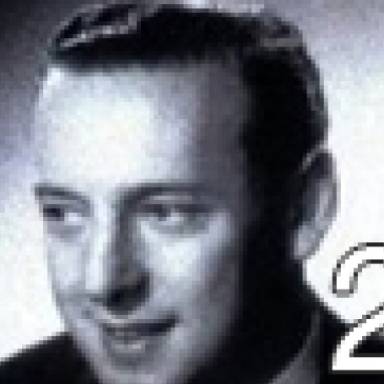 Woolf Philips: Article 2
Back to Interviews
Next
Previous

Having known my uncle Woolf for literally my entire life, three vignettes spring immediately to mind. The first was the story of how he became an arranger by looking over his brother Sid’s shoulder—ridiculous until you realize he became a staff arranger at Campbell Connelly at the age of 14, and had his first chart (credited to brother Sid—if they only knew!) recorded by the Ambrose band almost immediately (Isn’t This a Lovely Day to Be Caught In The Rain—check it out on the Ambrose reissues), never mind that within two years he was playing trombone in the selfsame band (at 16), and by the time he was 19 he had recorded a solo with Coleman Hawkins, and jammed with Django, a lifelong friend.

The second occurred last October, when he was in my car driving through the San Fernando Valley. A Dorsey Brothers record from 1935 came on the radio. Woolf hadn’t heard it for 67 years, but proceeded to sing the entire arrangement, including all the solos, note perfect!

The third vignette took place in the famed Nate n’Al’s deli in Beverly Hills a few years ago. We were having lunch when in came Frank Sinatra Jr. Woolf went over to say hello, and Frank told him that Frank senior rated him the best conductor he ever worked with and suggested junior study with him when he became his MD.

Indeed it was difficult to comprehend the breadth of his life and experience in British and American show business. He was the only man other than the maestro himself ever to conduct for Duke Ellington in a jazz situation (the ridiculous ban on musicians between 1933 and 1956 meant that Ellington appeared as a variety act and couldn’t lead a band), and likewise for Benny Goodman (who qualified as a variety act because Toots Thielmans played the harmonica!!!!).

He conducted the last ever appearances of Max Miller and George Formby, the triumphant renaissance of Frank Sinatra and Judy Garland, and was a comedy stooge for Jack Benny, Milton Berle, Betty Hutton (who punched him black and blue every night), and, most memorably, for the amazing triumphs of Danny Kaye.

With Bob Farnon and Angela Morley he completed the trilogy of the most astonishing roster of arrangers any concert band (in this case, Geraldo’s) could ever boast, and, as a founder member of, and chief arranger for, the original Ted Heath Band, set the standard by which that great organization came to be judged. And as for his trombone playing and jazz chops, only today Don Lusher was talking of Woolf’s great influence on him as a trombonist. And the records bear this out—he certainly had an original conception and style all his own. Although he recalled one occasion when he thought it best to deny all knowledge of the trombone—when his Las Vegas section on an Anthony Newley gig urged him to join them in a jam session, he happily demurred to Carl Fontana and Frank Rosolino. Nonetheless it must have been quite an experience to have heard Woolf and his great pal George Chisholm in tandem and full flight.

In recent years he had spent a lot of time working for ASMAC (the American Society of Music Arrangers) and leading and conducting the Camarillo Symphony Orchestra, and he was very proud of his work with both and of his associations with other leaders such as the late Les Brown and Lalo Schifrin. He still had total recall and could recite conversations with the likes of Ray Noble verbatim, though they took place 70 years ago.

His funeral took place in the Conejo Mountains—a packed house including many musicians heard some wonderful music from various bands, and the Phillips trombone rang out loud and clear. As Ray Charles (of the Singers fame) remarked “I never realized what a wonderful trombonist he was till today”.

On a personal note, I will be going through the boxes of scores at the house, going back to the Geraldo and What’s My Line days, and hopefully will gather enough material to record a new album. We’ve even found an audio tape of his great friend Peter Sellers’ stage variety act!!!!!!! Who knows what else may turn up. I’d also like to thank, on behalf of the family, everyone who has offered their condolences.