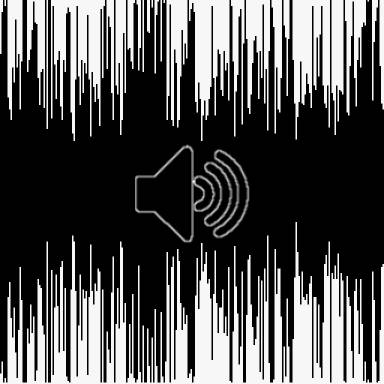 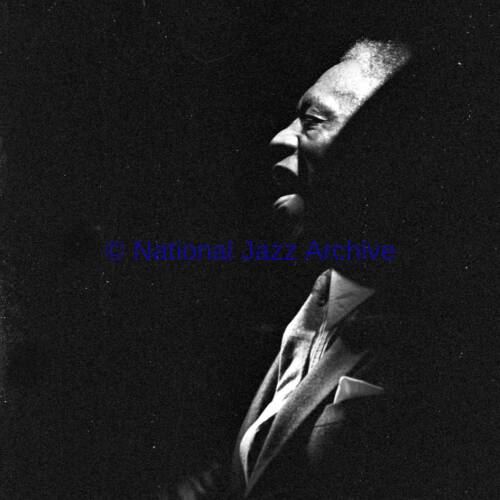 Interview One: One of the Extroverts of Jazz

Les Tomkins talks to the American bandleader and drummer in 1963, 1973, and again in 1987 in three separate interviews. 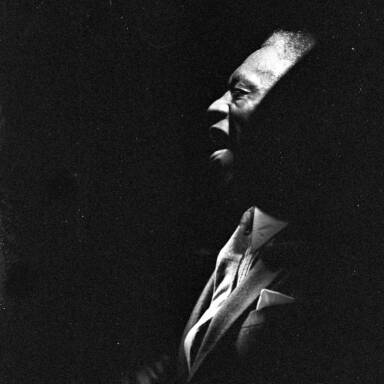 Art Blakey: Interview 2
Back to Interviews
Next
Previous

He has always believed in self–expression—beyond that contained in the distinctive drive of his drumming. During the ’fifties, when the ‘cool school’ was tending to turn jazz playing inwards, the Blakey Messengers were in the forefront of those who blazed a trail back to a more demonstrative, uninhibited idiom. No holds were barred in the struggle to achieve this end.

He has employed verbal as well as musical methods to attack apathy. On more than one occasion in the night clubs he has been known to harangue the customers for paying insufficient attention to the music.

The same persistent bee has been in the Blakey bonnet in relation to concert audiences in the States. “They don’t listen,” he complains. “They are there because it’s supposed to be hip to be there.

They go to be seen—but not to see what you have to offer.” Commercialism also provokes Art.

Referring to TV producers he has come up against who have doubted whether jazz is a saleable product he adds: “This is very bad. This hurts. We need these facilities to reach the public but we run into this kind of obstacle. We’ll overcome it. The breakthrough will come.

Maybe not in my time—but in the time of the fellows coming behind.” He is equally critical of certain musicians when he says: “We have a lot of so–called jazz groups today. They fool the public. It’s got to swing—and it’s always going to be that way. You cannot change it around.

“And there’s no sense in anyone thinking that you can just take a bum out of the street, put a tuxedo on him, send him into a hall and he’s a gentleman. He’s not a gentleman—he’s just a bum with a tuxedo on !” Being dependent for a large portion of his livelihood on club work, he has found cause for dissatisfaction with the way they are organised. As he puts it: “A lot of club–owners get the idea that they know more about music than the musicians and pretty soon they close up.

“There was this guy who owned one of the main clubs in Chicago that was booking most of the attractions.

He got so hip, he thought he was the king–pin, that nobody could do without him. He thought he was the most important thing in jazz. But he wasn’t. He was just a club–owner. He got so that he said he wasn’t going to pay this and that. These people who put prices on the groups always fail miserably. They cannot put a price on talent.

“Then they get some ‘original’ ideas and think they can do a Norman Granz and throw musicians together who have never played together before. And it fails. The public that we have now has gotten used to organised music. You can’t jam any more. There are only a few undisciplined groups out that people come to hear—and that’s only because of their novelty value.

“It’s getting now that record dates have got to be properly organised. And on appearances the group’s got to look good. They used to say of the bebop musician that he was raggetty and looked like a bum. This is passé today. Now they’re looking for groups that look, act, dress and play organised. There’s not too many of them yet, so they try to fill up with these ‘new form’ groups or groups thrown together.

“If the club–owners would co–operate with the agents they’d be much better off. But they’ll go into New York, see the individual musician and talk him into forming a group for a club date. He’ll pick up some men, and they’ve never played together. They go there and play—but the people won’t buy it, and you can’t blame them. Then the club has to charge exorbitant prices to keep going—and the customers won’t buy that either.

“It doesn’t help us to build up more groups. If they’d book the organised groups that the agencies have and wouldn’t book the others unless they got organised, then we’d have much better groups: Because we have plenty, plenty material.

“Musicians are coming from everywhere to New York City, from different parts of the States, from England, Germany, France—all over the world.

“It used to be, a few years ago, that everybody wanted to be the leader of his own group. Now this idea has died out and a lot of musicians are lackadaisical.

Somebody has to come and crack the whip.

“You see, after the Messengers, the MJQ, Horace Silver or any of these well–organised groups come through with their arrangements, it makes it pretty hard for the others. The people know the difference now.

“We battled this thing for years and I guess Horace Silver and I helped to make it this way. We hated to see these jam groups going on all the time. We had to start out like that, with Clifford Brown and Curly Russell at Birdland. Very luckily, we had a group that clicked together and came off with some good, swinging records.

“The organisation of the group wasn’t there then, but the feel and the swing and the fire was there—and very good musicianship. But this only happens once in a while, so we got afraid of this thing. We sat down and decided we’d better organise. I said to Horace: ‘I’m going to organise my group, so you’d better organise yours’.” One other much–disputed topic brings furrows to Blakey’s brow—the labelling, or possibly mis–labelling, of jazz styles. He describes America as “a gimmick country” when it comes to selling a product. “The tags they put on music to make money don’t make sense. They’ve tagged us a lot of things, such as the Hard Boppers, the Funky Bop or the Funky Music of Art Blakey.

“When we went to Japan this kind of advance publicity had given the people a wrong impression of us.

They thought we were going to be some raggetty guys and that we’d walk off the stage or turn our backs on the audience.

“They’d, got this into their minds and then when we got there they found we were altogether different—and they couldn’t understand this. They said: ‘Why do you look like you do—and perform like you do ? We expected. .’ “You see, these tags and gimmicks can sometimes hurt more than they can help. But they’ll continue to have these gimmicks. Who comes up with these ideas ? I don’t know who it is, but it must be someone who’s not playing music.” No furrows, however, when he speaks of a musician in whom he has a special interest. His son—Art Blakey Junior, aged 21—is also playing drums. Blakey Senior smiles warmly, and admits: “Yes, he’s after it too. I didn’t want him in the business at first, but since he decided to come in I didn’t try to stop him. He’s going after it very hard now and he knows it won’t be easy on account of me being in front. But he’s going to go ahead, anyway.

“He has his ideas about it so I’m going to give him all the help I can. They’re going to expect more out of him than they did out of me—but he made the decision on his own: He came out of school and I thought he would be taking up engineering. But the music struck—and that was it.”