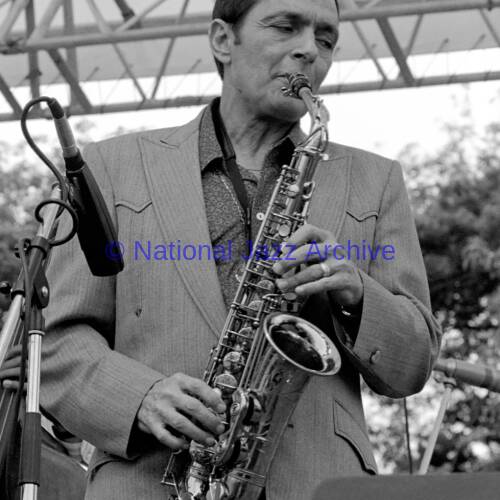 Art Pepper discusses finding and developing his own musical style, his personal journey through addiction, and the influence of his wife, jazz musician Laurie Pepper, over three interviews with Les Tomkins, 1979-1981. 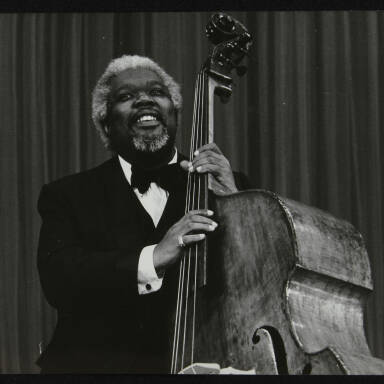 Arvell Shaw: Interview 1
Back to Interviews
Next
Previous

Well, Art, the last time I saw you was when I said goodbye to you after that marvellous concert at the Festival Hall, when your version of "Over The Rainbow" was the most beautiful thing anybody's ever heard in years, I would say. Obviously, you have some very definite recollections of that concert.

That was one of the greatest thrills of my life, doing that. Like, John Lewis, Slam Stewart, Roy Haynes and I had never played together or anything; I just walked out, and they misunderstood me—I wanted to play alone for a while and then have them come in, but they came on with the intro. So I thought: "I've got to do it. I'm just going to play for myself, and those that like it will like it." There wasn't a sound, and when I finished the song "Over The Rainbow", it was like a deathly silence for a few seconds. I thought: "Ohoh"; I was shaking all over, and I had some tears in my eyes. All of a sudden this roar started—you know, people clapped and stood up. I started crying—I just couldn't believe it.

It was the first time I'd ever been in a situation where. . . before me, Freddie Hubbard was with the same rhythm section; then Dizzy came on after me. So I was being regarded as a jazz giant, along with those guys. See, I've never really felt that I was accepted in that way, because I was never called on to do anything like that. Like, the Playboy Jazz Festival at the Hollywood Bowl—I'm not a part of that. There are many things that haven't happened. But after that, I just felt that I was really accepted. Freddie Hubbard said later: "Boy, you got the biggest hand of any of us. What are you doing, man—trying to ruin me?"

As I said in my writeup, that was the highspot, and Dizzy was almost an anticlimax afterwards. You can't necessarily define what makes a magic moment like that, but I suppose you know when you've played something particularly moving to the audience.

Ah—I knew that was. It might have been the highest point of my life so far. There's a lot of firsts, but that was like being on the cover of an important magazine—which has never happened to me. A lot of guys say: "Oh, I don't care about winning a poll, being on a cover or anything like that"—well, I do. To me, it's like a tribute—you know, like a sports figure who wins something like the Most Valuable Player award. Everyone is concerned about that—they say they're not, I think, because they think you're not really an artist unless you act like those material things have no meaning. They have all kinds of meaning to me.

You couldn't be blasé about it. Well, the point is: this is really a new lease of life for you as a player. You're now not only regaining what you had before, but you're gaining a new peak of jazz popularity. Happily, you seem to have joined the regular European touring circuit of American artists.

Right. What I'm going to do now, rather than coming too soon. . . see, when I first started recording again, I really made a lot of records—maybe too many—but I felt that I may die at any time. . . at any rate, Alexander, the guy who's booking us, feels it'd be better if we didn't come back to Europe till October of next year, something like that, so that we won't lose the drawing power. Other than maybe doing something in London around June.

Including another engagement at Ronnie Scott's, I hope.

That's what I'd like—I really enjoyed playing there last time. The people were great, the crowds were marvellous.

But I've never played Montreux; I'd love to play the Newport Festival again, and I'd love to play the Playboy Festival in Los Angeles—but I guess Jimmy Lyons doesn't care too much for me, for some reason. So as long as he's in charge of it, I guess I won't be on it—unless a lot of people start pushing for it. If they would, I'd sure appreciate it. I've never done the Monterey Jazz Festival, and I live right in California—maybe it'll happen soon. Talking about being accepted—it would be great if I was accepted totally; then the money wouldn't be as big of a thing as it is.

The money means that I'm able to live off what I do. I don't get studio calls usually. . . I don't play the alto flute, the bass flute, the C flute, the oboe and the bassoon, and tapdance and sing—you have to do all those things to be accepted.

But I got tight with Jerry Fielding, and he was doing the Clint Eastwood movies; so I did the soundtrack on a couple of those—just playing solos, you know. And that was marvellous; I really enjoyed that very, very much. Then I did Heartbeat; Jack Nitzche was the music director, and that came out very nice. I'd love to do some more of those things. Because it's all good and well to say: "Oh, you shouldn't flood the market with records", but you have to make a living. You just hope you don't milk it dry, so. that after a while people say: "Oh, no—not him again."

I don't think anybody's likely to say that about you. When we last talked, following my hearing you with strings on the Heartbeat soundtrack, I said it'd be good if you could do an album with strings, and you told me that one was, in fact, planned. I now have the album "Winter Moon." I m sure that was a definite fulfilment for you.

Yes, it was another big thrill, just like the Royal Festival Hall thing. I'd always wanted to play with strings, I love ballads, and I feel that I have a lot of love to give—and I give it in my playing. I was very happy; Bill Holman is a great arranger. The Billboard magazine is a kind of a bible for the show people, arid they have all these different charts. When we left Los Angeles, my "Winter Moon" album was twentyfifth on the chart in the jazz LP section. There's fifty albums on that; it'd been on about nine weeks at that time, and it's gradually moving up. I don't know where it is right now, but I'm hoping that's continued.

Another thing about that album that is a pleasure to me is to hear you on clarinet. When you were at Ronnie's, I saw you holding the instrument backstage, but I never actually got to hear you play it.

Oh, I only played it a couple of times. Then I wanted to play it on this tour, but in the context of the way the festivals are there's a lot of people playing, you only have a certain length of time, and I don't want to hang up someone else by just staying on arbitrarily, saying: "Yeah, yeah, don't worry about it". So I really don't have the time to play it. I've been wanting to play it, though; a lot of people have asked me how come I don't play it. Because I made some records on it quite a while back.

I've been practising the clarinet, and I did the "Blues In The Night" on the album—Bill Holman's arrangement was really excellent.

It's a clear indication to me that you should do it more. We don't have that many good jazz clarinet players around, and if you can make a double of it. . .

It would be a good thing. And that's what I'm going to do—keep practising on the clarinet, and hope I really get into it. Buddy De Franco is on this tour; travelling on the same bus with him, I was thinking: "Wow! What a thing to be put up against him!" I didn't bring it with me, because I knew we wouldn't have time. But he's an incredible clarinet player, and I would never want to compete in the area he plays in. Right, he's a virtuoso; with me, it's a different thing altogether—which is good. When I was a kid, I loved Artie Shaw—just worshipped him; he played so beautiful.

With me—my approach is sort of like Jimmy Giuffre's style. Like, when I play the clarinet, I think of Lester Young; I have some records of him playing the instrument and boy, they are just beautiful. He only plays a few notes, but the soul is there, man. Several people, including Leonard Feather, have mentioned that they really liked the clarinet cut. So I'm hoping to use it more in the future. As I say, I'm getting better—it's a hard instrument, but I'm happy that I've at least gotten this far on it.

I hope the ballad album sells—I mean, I know that if people really listen to it, they would enjoy it. Because the musicians stayed to listen to the editing and everything; Stanley Cowell, the piano player, Cecil McBee, the bass player, Howard Roberts, who was playing guitar, and a couple of the string players—they stayed all day and all night. Stanley and Cecil said they'd never even listen to their own records the same day. They really enjoyed it. So I know people would like it, and I hope they don't think of it just as a gimmick or something. It's not—it's a real honest endeavour.