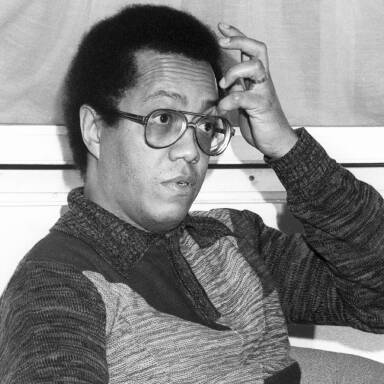 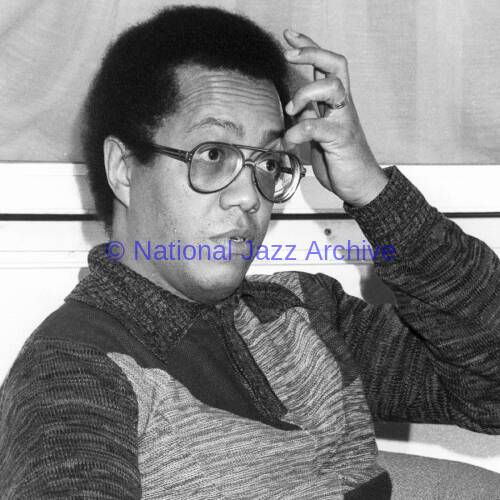 Cedar Walton: Interview 2 (old)
Back to Interviews
Next
Previous

Definitely, I feel that the jazz field is developing. There was a little quiet spell, I guess you could call it, a few years back. But at that moment, the fusion of some of the jazz artists with the newer techniques, with the rock–type rhythms, gave it a certain boost. It also brought about a definite division in the jazz world.

People were either completely turned off by this fusion, or they were interested. Some of the major artists did ouite well with it, and seemed to meet the challenge with no great problems—Herbie Hancock. Miles Davis, Freddie Hubbard, to name a few. Thad Jones–Mel Lewis seemed to be equipped to walk either side of the line. And, of course, the people who had been doing it all the time—Ramsey Lewis, Les McCann or Eddie Harris, musicians who were always leaning that way—enjoyed even larger successes.

It’s been interesting, because now the acoustic, the bebop, the traditional sound sounds new again. Right, there’s a revival. So this thing has worked out in two ways: for an end in itself, and also as a means to resurrect the other things. Although it seems a little ambiguous to talk about resurrecting something that never died. But a professional, performing musician is less aware of these lulls, I think, than the public. Because if you’re playing, it’s hard for you to comment on whether something is dead or not.

On a lot of the television shows in the States, especially New York, I noticed that question used to come up a lot of the time: “Is jazz really dead?” or “Is jazz alive?” I remember clearly one time, when one of your famous actors was on TV in New York—Trevor Howard, who is a great jazz fan, Dick Cavett, who has a popular talk show, was trying to interview him about some of his movies, and he was just sitting there wanting to know what had happened to all the jazz. On the street that he used to go to, 52nd Street—in the ‘forties, evidently, whenever he knew it—all the places had closed. He was just very upset about that, and he wouldn’t talk about anything else! I thought that was quite inspiring to hear, from a man from a totally different field—or maybe film acting is not so totally different. I know I’m greatly impressed with the acting field, specially in films; I’m just fascinated by the whole film industry, the way it works. Hopefully, some day I might be able to consider trying to score some music for film, but up to now I haven’t really thought about it too much. I just enjoy it, you know, but as for me doing it personally—well, I have so much to do in what I am doing. It’s quite a different approach to creativity: when you have to work to these deadlines, when you have to meet that kind of challenge—of a visual limitation, so to speak. That’s why I can’t stop myself from viewing it as a limitation; you have to compose something, and you have to stop it at a certain time.

There’s a great talent that is needed to do this, though—a great discipline, too. Quincy Jones has become quite proficient in it, along with the late Oliver Nelson and a few other jazz luminaries. Within that area. they’ve found easy expression, obviously.

Yes, I’ve had a few opportunities to write for large ensembles. In fact in March last year, I orchestrated my piece, “The Maestro”, to record it with an orchestra in Oslo, Norway.

And there’ve been several other occasions like that. I enjoy that very much; I also realise that takes full attention, and, loving that area of performance. I’ve allowed myself to take time doing it. It’s quite different from, say, what I do in the quartet sense. In view of this, I want to stick mainly to performing: that’s where my greatest kicks are to be had.

As for some musicians wanting to get away from the word jazz—I can understand that, if it’s pressed on them too much. I never had the problem; fortunately, I just circumvented any kind of abrasion, so to speak, with the word, or with whatever the connotations of the word might represent.

I can sympathise with somebody who would object to the over–usage of it—therein lies the limitation again. Right –people expect certain things of you.

I was reading in Duke Ellington’s book, “Music Is My Mistress”: he said something to the effect that he would refuse to let this word jazz govern his activity musically. I thought that was very well put, even though I’m not verbatim on it. And it was quite some time ago he said this; I guess audiences wanted to hear his so–called serious pieces, and at that particular period he was trying something else, I think—maybe with some dancers. Well, as you know, Duke’s scope was so large, simply because of his refusal to let himself be limited to whatever some given audience might want. He never conformed to the supposed jazz image. Because he ended up with sacred music—I was quite impressed with that. But had he restricted himself to just the “Caravan” and “Perdido” type of thing, he never would have gone into that.

So there is the main problem of that word—if you let it bother you like that, if it gets you up into that cubby–hole. Essentially, there’s nothing wrong with the word. Jazz, to me, has always simply been a form of identifying a person’s music style, as compared to country and western, or rock, or classical. Even when you go in a record store, you see the Jazz category. But beyond that usage, I guess it could be dangerous. I refuse to let it bother me. Yes, somebody just looking into jazz would probably have some preconceived ideas, based on whatever they heard first. Hopefully, those kind of things work themselves out.

Of course, being a jazz performer entails rising to certain challenges. In the club situation, it is that of coping with some of the surrounding sounds. People naturally feel more like conversation, and so they should. I do, too, if I go out; I’m not bound by any kind of a commitment not to say anything to my partner, if I’m having a drink or something. This is expected, but you don’t want ‘em to talk too loud, like they do in some clubs I play in New York—where the din is unbelievable. I could play you a cassette I have of me and Sam Jones, in a place we play in occasionally, just on an off–week, and you’d hear that the noise is such that it’s almost impossible to perform.

I’m not sure, but I think this may be a result of New York’s having such an abundance of talent around town, so many places to go and eat and have music. The people who run the place choose to have a jazz duo, say, there playing for the people to talk to, rather than actually listen to. After the kitchen closes, maybe around midnight, then the real listeners, hopefully, remain, have a few drinks and listen. But by this time, unless you’ve had stoppers in your ears, you don’t feel too much like playing—after three hours amid this unbearable din. Somehow, we endure this, though, because it’s a fact that’s hard to escape, unless you can afford not to play in these places, ever–it’d be very nice to get to that stage. However, just everybody does play in them; when they have an off–week, you see the likes of Barry Harris, Tommy Flanagan or Hank Jones.

Because, also, a musician has to play in public, in order to evolve, you know. You can’t play at home continuously, unless you’re just booked so solid. That’s a plus, on the other side of the coin—if you can play in those places, with several lions roaring in the background, you can play anywhere.

Right, there is this blasé attitude in the States. Musicians are a dime a dozen, so to speak; at first glance, it does look like that, to see the calibre of the musicians who play such awful jobs. But sometimes you need to work something out. You might have something bigger coming—almost always this is the case—so you want to get a chance to play it, under pressure. So this is quite normal, you know; but I look back on it and cringe. It’s not like that at Ronnie Scott’s; I heard talking, but we were placed far enough from that, we could hear our–selves quite well. For this, I give credit to the management.

We hope that this was the first of many visits to London. It was musically a satisfying spell for us. And, after all, if a performer can’t find some kind of satisfaction in his own expression, there’s probably something missing somewhere. I don’t think this has been a serious problem, though, with most American jazz artists. The ones that reach tour status or recording status are usually pretty strong; they’re able to maintain their sanity, their discipline, or whatever it takes to endure in this particular day and age. Because a jazz musician is not the most renowned person in our society, anyway. Outside of the music industry, a musician is still regarded as a person who has somewhat of an unusual profession, who doesn’t meet the same schedule as the average person, no matter how high the status of this so–called average norm–and as a doctor, lawyer, judge, policeman, salesman, anything like that. For this reason, it takes a little more strength, and then the competition to get into this is keener than most other things. I’m sure that it’s much less competitive if you want to be a bartender or a secretary.

Sam Jones tells me that Oscar Peterson always reminded him that the jazz artist has one of the best professions going, if not the best. Except that you have to be so good. There’s very little middle range; you’re either a loser or a complete winner, unfortunately. I guess a good comparison is a lion–tamer; once you walk in there with that whip, you’ve got to be good—otherwise you get your head bitten off.

Also, it’s a tremendous source of inspiration. The thing that’s needed most consistently in a jazz artist’s make–up, inspiration in his everyday life, is You need to surround yourself with things that are not complicated, not expensive, but just positive influences. Touring is a great thing, if you can play for different audiences–compared, say, to a studio musician sitting there. In the studio, they make good money, but they see the same TV camera every day; they don’t see the audience, they see the notes. They think about their homes; quite probably, they’re very secure.

And perhaps this inspires them—but it wouldn’t inspire me; I have to move around. Through a record session, a performing session, or even a practice session, I need to test my music, to hear it every night or every day.