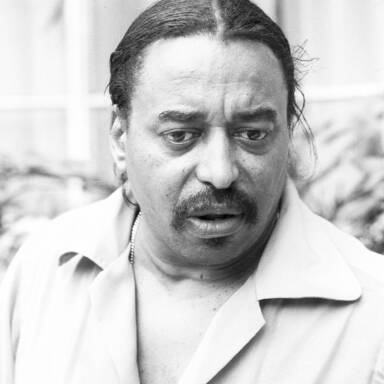 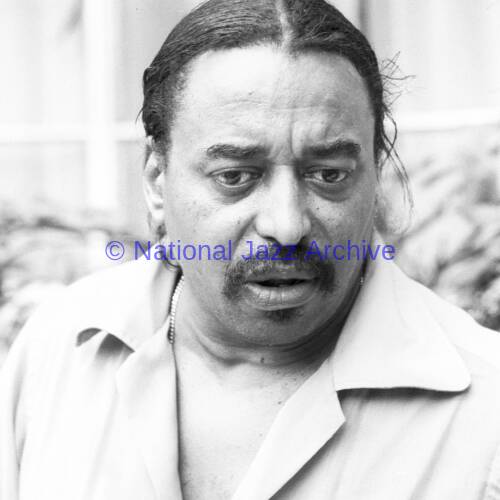 Interview Two: Give Credit to the Innovators

Chico talks about who's style of drumming he respects and how he hopes he might have an influence on young drummers. 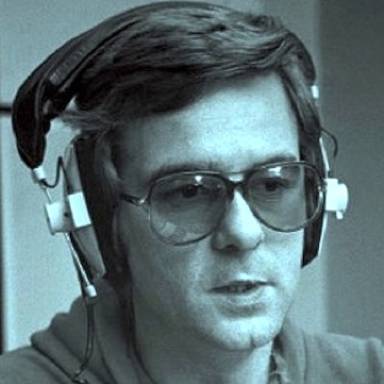 Chris Hill
Back to Interviews
Next
Previous

Although I’ve changed my way of playing, I haven’t changed my set–up. But I must say, it’s kind of strange to see all the rock drummers playing with the bottomless heads, you know, as if it’s something new, considering the fact that I did that twenty years ago. My kit is still made up that special way; I might have even started it, originally.

I’ll tell you another interesting thing I’ve found, now that I’m back on the scene playing again. I’ve had to play opposite a couple of pop groups from time to time, and the drummers look in amazement at my drum set—the way I tune my drums, in the way I play with the tight heads. But sooner or later I find that these players are beginning to do the same thing, as opposed to getting that flat, boom–boom kind of sound.

They’re tuning their drums up, so they can become a little more musical. They’ve been trying to duplicate the flat sound that was created in the studio, where all the drums sound the same, regardless of who’s playing on them.

But the guys I’d rather speak about are the ones who have actually turned the instrument around, and got a distinctive sound out of it. It’s been rumoured that I introduced something, as far as the sound is concerned. Forgetting about me, I think the innovators have been Kenny Clarke, Max Roach, Elvin Jones, Gene Krupa, Sid Catlett, Chick Webb, Sonny Greer, Jo Jones. These people contributed something to the extent that they raised the level for others.

There might have been more tremendous, dynamic players than these guys; I’m not referring necessarily to one’s playing ability. Certainly, nobody has hands like Buddy Rich, still to this day; who’s going to out–play him? Then young Tony Williams has played up a storm, and turned a lot of people around. And nobody’s going to out–swing Art Blakey. Other phenomenal talents are Philly Joe Jones, Louie Bellson, Mel Lewis. But what I mean is; none of them invented the way they play.

I’m not intending to put anyone down. It’s just the fact that the other people were the style–setters. In order to set a style, you must have a touch. And touch is one of the things that I’ve been interested in all my life. I don’t care about how fast anybody can play, or how many left–hand strokes you can do. The most important thing is: how much music can come out of you.

Credit must be given where it’s due. When Gene Krupa came on the scene, Buddy Rich was right behind him, and he out–played Krupa all the way. But it was Gene Krupa who set that particular style of playing. By the same token, as a pianist, I think that Errol1 Garner is a genius, because there’s not a living piano player within the last twenty years who hasn’t played something of Erroll’s—one of his licks, one of his phrases, or voiced a chord like him. When you have that much influence on everyone who tries to play your particular instrument, you’ve got to be a genius. This is the difference between the innovators and the players. They all play well, but the ones that strike my fancy are the ones who hit upon a style of their own.

I think there are such individuals today. I’ve heard some, such as Billy Cobham, who was with a group called Dreams; I just saw him recently with John McLaughlin. Man, he’s dynamite; I was very impressed with his playing.

There’s a lot of good young players around–and they’re strong players, too, which is great. Strangely enough, the unfortunate thing is not any lack of drummers; it’s that there’s not enough horn players to play with them. But what really does my heart good is whenever I see a kid of twelve or thirteen walking down the street with a saxophone, trumpet or trombone case. It’s fantastic when they don’t have a drum kit or a guitar or a fender bass.

Of course, the whole world loves drums. There’s a drum in every home, where at one time it was a piano. Well, it’s the oldest instrument known to man, really. We really don’t know whether man discovered the drum, or drum discovered the man! It’s very difficult to play alone, though—that’s another thing about music. Regardless of whether you play a melodic or a rhythmic instrument, it’s a medium of exchange. You can play your ass off alone, but what does it mean? You have to play with other instruments, in order to even find out where you are.

Combining forces with other musicians is the thing that helps you to grow. But I find that most young players don’t quite understand this yet—specially those who have young groups. Their thoughts are on themselves; it’s definitely an ego trip—that goes without saying. And there’s nothing wrong with that, because you’ve got to have some kind of ego; otherwise you couldn’t play, and you wouldn’t want to have a band.

Experience in accompanying singers is something that is very vital for any musician. For almost fifteen years I made my living catering to singers’ whims. The restrictions that they put you under are a positive benefit subsequently, because it really helps to develop your control. You learn to have a very tight control of your facilities, as regards your instrument. It’s excellent training, I would say, because no two singers sing alike or feel alike. What it amounts to is that in order to be able to lead, one must be able to follow.

I’ve played for quite a few singers, including Lena Horne, Billy Eckstine, Sammy Davis. I had the distinctive pleasure of playing with the late Billie Holiday for a while. Now, Sarah Vaughan is something else. I’d say she’s not a singer—she’s an instrument. To me, she’s the vocal equivalent of Miles Davis. Like, Miles isn’t a trumpet player; Miles is a sound. He’s one of the most fantastic sounds of our times. I feel the same way about Sarah Vaughan. People like this are unbelievable.