On probation at the National Jazz Archive

Alan Quaife writes about working on journals, photos, letters and programmes as a volunteer at the Archive. 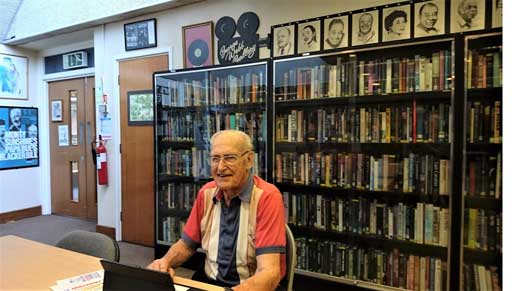 Having been born in 1930 my formative music years were during the post-war Trad era. University studies and National Service with the RAF diverted my attention from jazz until one evening in 1957 I found myself accompanying my girlfriend to a baby-sitting duty. I discovered that the father was a Scottish musician who had just made his way to London and had been performing at a music venue at 100 Oxford Street, somewhere totally unknown to me. His name, Sandy Brown, was equally unknown but he seemed to be a very pleasant gentleman and, for the next 18 months or so, we visited the venue whenever Sandy was playing. Having married (not the aforementioned girlfriend!) and established a dental practice in Loughton, my wife, Dorothy, and I were early members of the Theydon Bois Jazz Appreciation Society, a club formed by the internationally acclaimed clarinettist, Dave Shepherd, and he and his wife Mary became very close friends of ours for over 50 years until Dave’s death in 2016.

In the 1990s Dorothy and I were also early members of the Ongar Jazz Club, one of the foremost jazz venues in Essex. In April 2005, while I was innocently enjoying the music, someone mentioned that the National Jazz Archive was looking for helpers to sort and catalogue the enormous volume of material in its keep. As the Archive is based in Loughton Library, visible from my home, and only some 300 yards away, I introduced myself to David Nathan, the Research Archivist, the next morning and I was immediately offered a probationary period under the title ‘Volunteer’. For the past 13 years I have been attending for three hours or so on most Monday mornings, Bank Holidays excepted, and am patiently waiting to find if my probationary period has been deemed satisfactory after more than 2000 hours. 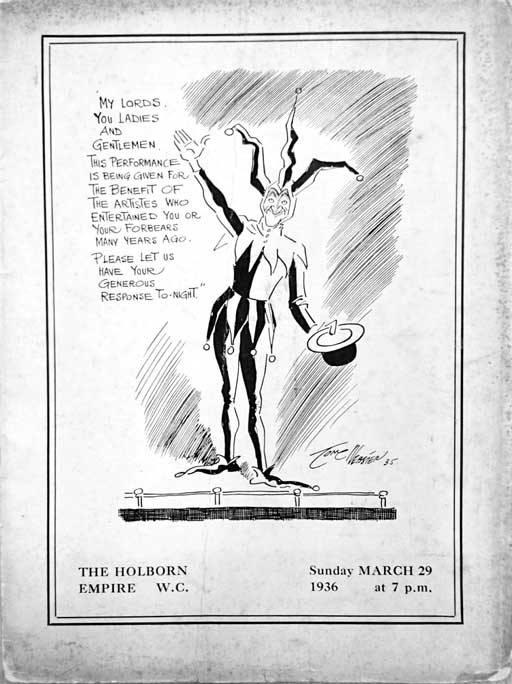 My first work was to assist in sorting and cataloguing the enormous collection of jazz magazines from around the world. Duplicates were also sorted and have been transferred to several outreach archives in universities around the country. There were many thousands of photographs, colour and black and white, and photographic negatives, which had never been listed, and that took several months to achieve.

Then I was given the really interesting responsibility of reading through, and making notes of, hundreds of letters from Colin Campbell, a music correspondent who reported on jazz musicians and events across the USA between 1936 and 1946. He was in daily contact with people such as Eddie Condon, Fats Waller, Bud Freeman, Pee Wee Russell, Zutty Singleton and Mezz Mezzrow and he was impressed by a young, emerging, singer named Ella Fitzgerald. During several months working on these letters I got to know the lives and daily routines of the musicians so thoroughly that I almost felt I was living among them! 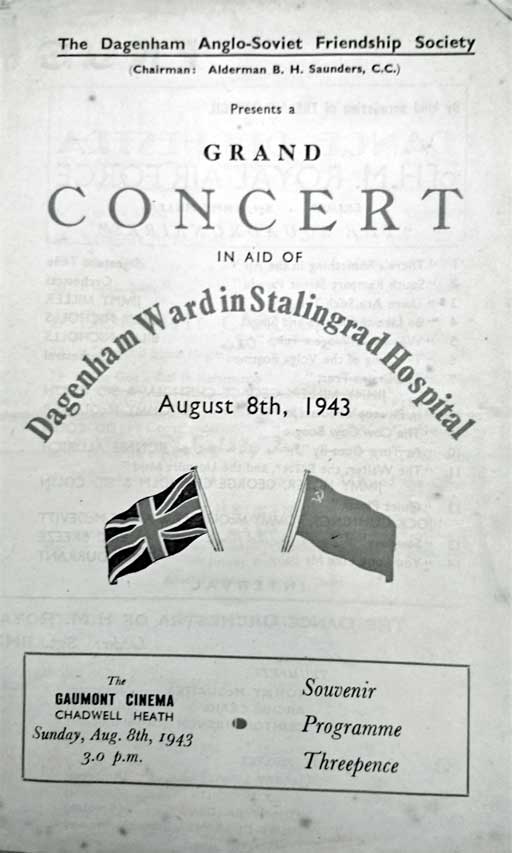 My next assignment was to précis a long series of letters from Pee Wee Russell and his wife Mary to James Hall Thomson, the celebrated Scottish caricaturist and, again, I became so immersed that I almost felt a personal loss when Pee Wee and Mary died within a short time of each other.

I have just completed listing over 2000 concert programmes held by the Archive so that they can be quickly traced either by venue or name of artist. The work was somewhat delayed by distractions caused from 60-year-old advertisements, reminding me of equipment such as my Grundig TK25 reel-to-reel tape recorder/player, purchased in 1959 and still in working order! The Archive possesses a programme for the first ever British concert of the Original Dixieland Jazz Band at the London Palladium in 1919. The two illustrated are for a concert in aid of the Variety Artist’s Benevolent Fund at the Hackney Empire in 1936 with artists such as Hutch, Geraldo, Elsie Carlisle and Max Miller on the bill, and for a strange war-time society – the Dagenham Anglo-Soviet Friendship Society.

I enjoy working with computers and many years ago I offered to design and print tickets for one of the Archive’s fundraising concerts. I have no idea how many thousands of tickets I have printed on my home computer since that first occasion and, like my probationary period, there has been no mention of terminating my (verbal) contract.

It is not all work at the Archive. There is much discussion regarding football and cricket, in or out of season, and jazz gets an occasional mention. David Nathan and my fellow volunteers are excellent company. Being funded by charity the Archive relies on volunteers. The original backlog of work has been largely cleared but there is an ongoing supply of new material arriving from worldwide publications and donations from private collections.

Two weeks short of an 88th birthday I have no intention of ‘resigning’ just yet but realistically am preparing for the inevitable day. For anyone living within easy reach of Loughton and interested in being ‘of use’ in an unpaid, not too demanding, way they might consider having a chat with David Nathan.

« Become a Trustee for the NJA