On March 1st 1904, in Clardina Iowa, Alton Glen Miller was born. He went on to become the trombone player and bandleader Glenn Miller. Sadly, on December 15th 1944, while flying across the Channel on his way to entertain troops in Paris, his single engined C-64 Norseman aeroplane disappeared and Glenn Miller was lost.

The Archive holds a programme in our collection of one of Glenn Miller’s last concerts, which took place at The Queensbury All-Services Club at the London Casino on Old Compton Street on December 12th 1944, just three days before his disappearance. The Archive holds many items from the collection which contribute to the remembering of the life story of this well-known musician, arranger, composer, and bandleader.

An example is Crescendo from July 1974, which has an article entitled 'Glenn Miller – the last six months'. Go to EXPLORE and take a look. 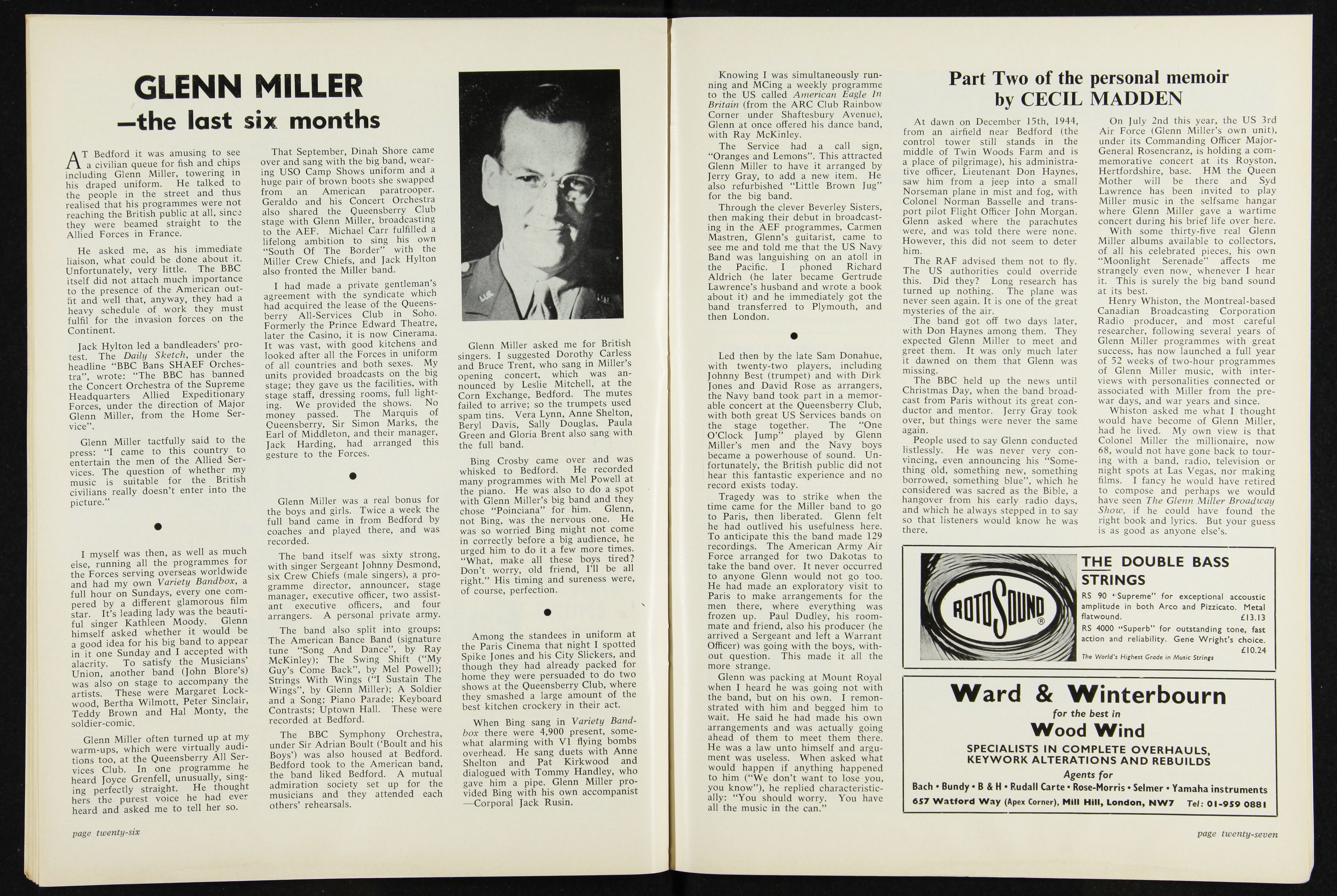 Or perhaps look at Dance Band Diaries, Volume 13, 1944-1946. In October 1944 it reports ‘British bandleaders pay tribute to Glenn Miller as BBC refuses to broadcast his American Band of the AEF on the Home Service because “it is unsuitable for the British Public”’.