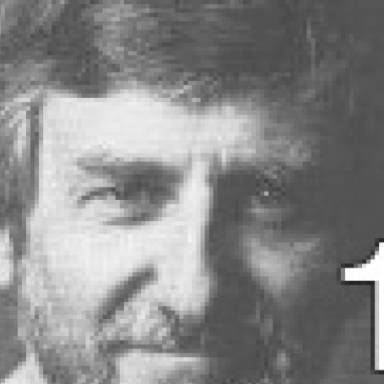 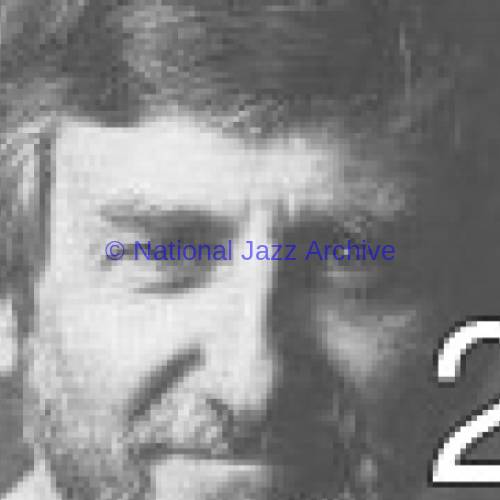 A brief description about the career success of vocalist Alan Dean which includes his success in America and his European tour. 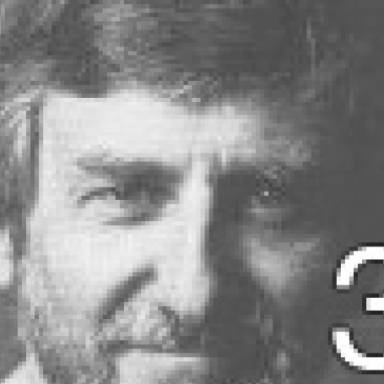 Alan Dean: Interview 3
Back to Interviews
Next
Previous

Alan Dean, born in East Ham, London on August 1, 1924, had been a boy soprano who, at voice-breaking time, took up the accordion, on which instrument he got his first professional employment. His hero was star accordionist Tito Burns, whom he used to hear play at the Embassy Club where, in 1942, bandleader Harry Roy overheard Alan running over a song with Tito in the dressing room. Roy was impressed and engaged Alan to broadcast with his band in the "Band of the Week" series. Many broadcasts and recordings later Alan helped form The Keynotes vocal group which rose to fame in the "Take It From Here" radio series. The group made so many recordings, mainly as back-up singers, that it would be impractical, and of little value, to list them here.

Alan Dean was voted the country's most popular male singer in the Melody Maker 1949-50 popularity poll and retained that position until 1952. In February 1950 he decided to leave The Keynotes in favour of a solo career and he was immediately offered a recording contract by Harry Sarton of Decca.

By mid-1951 Alan realised that he had achieved all he could possibly achieve in Britain. He was topping the bill everywhere and earning top money. He had kept in touch with pianist George Shearing, a colleague from his days with Frank Weir's band, and whose career had taken a great leap forward in America. Shearing advised Alan to "come on over". Then Barry Ulanov, the eminent music critic and editor of Metronome magazine, met Alan in London, heard him sing and gave him the same advice. Encouraged by his support, but remaining cautious, Alan decided to 'test the water' on a short holiday in New York, but so quick and positive was the reaction there that he was unable to return to London until 1957, and then only for a few cabaret engagements and Val Parnell's "Startime" on TV. In 1953, almost two years after leaving the country, he still managed to be voted into fifth place in the Melody Maker poll.

Alan Dean now lives in Sydney, Australia, where his company, Deanote Productions Pty. Ltd. composes and records music for radio jingles and TV commercials and organises entertainment for the annual conferences of such major companies as IBM. He still sings well and as a leisure activity he enjoys making guest appearances with local jazz bands.

Alan Dean Ready To Bid For Success In America

At this point it might be smart to stop drawing dumb analogies and talk about Alan Dean, before he gets impatient and skips back to England. Alan is a handsome lad of 27 who landed here a few weeks ago with his wife and his manager-press-agent Ken Pitt. Ostensibly it's just a visit, but it seems likely, if things go well, that Alan may decide to stay.

A product of East Ham, Lon­don, Alan played gigs as an accordionist at 17, got his first break while he was singing for $20 a week at the Nuthouse (this is a night club?) and was signed for his first broadcast in 1942.

He toured Europe with Oscar Rabin's band, in which Beryl Davis's pop worked, and recorded a duet with Beryl; played Monte Carlo with Ambrose's ork, then went into the vocal-group business and was soon as busy as six Ben Yosts.

Alan's recording career has been a diffuse one, marked by such events as the time when he did a rush job of recording Autumn Leaves especially for release here on the London label. After all the rushing, the record never came out here.

Then there were a couple of sessions on which he sang nothing but bop; and one date, with a group of Melody Maker poll winners, recorded in the lobby of a London hotel. "It was so informal," he says, "I felt very relaxed—but it was a little odd to see the waiters passing through the lobby in the middle of a number."

Alan's fine ballad style doesn't reflect any one influence. "I like Eckstine and Tonne both for different reasons, and Sinatra when he was at his peak," he says.

Alan and manager Pitt are a little bewildered at the multiplicity of Operation Starmaking over here, at the hundreds of disc jockeys and publicity media involved. In England, they point out, a single record plug on the BBC show run every Saturday night by former bandleader Jack Jackson is so powerful that Jackson is forbidden to play the same disc more than three weeks in a row. He is said to have 15 to 20 million listeners.

Similarly, one short paragraph in one of the few, thin London newspapers is as valuable as whole columns buried in one of Manhattan's bulky dailies

Alan has gone about as far as you can go in British show business it seems, and thus feels the next step has to be something over here—exactly the same spot in which George Shearing found himself five years ago.

"The top vaudeville acts in England," he declares, "those that are up as high as $3,000 a week, are allowed to keep sixpence out of the pound. That means they're paying 97% percent income tax."

Sit right down and make yourself at home, Alan—we can see you have nothing to lose!