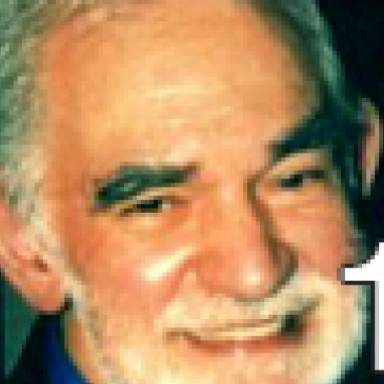 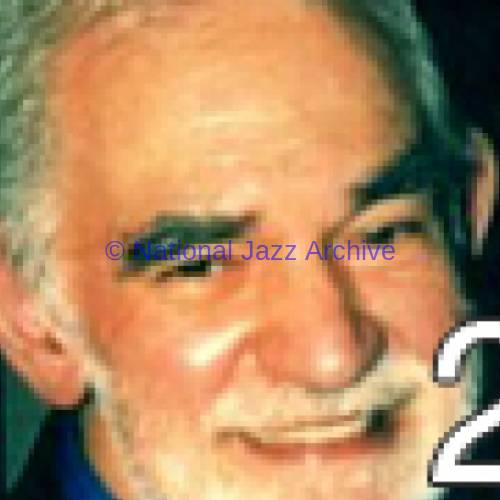 An interview from from 1964 with the great jazz composer Bill Russo conducted by Les Tomkins. Also, a tribute to Russo from Ron Simmonds in 2003. 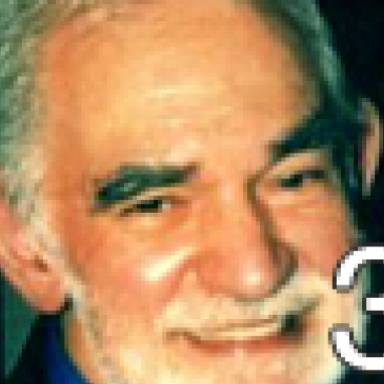 William Russo: Interview 3
Back to Interviews
Next
Previous

Why are you returning to America?

America is my home. My family is there and I have many things to do which can only be done there. My two years here have been rich and rewarding and perhaps, more important, some seeds were sown.

How would you compare British and American musicians?

I will try to avoid being merely polite. As I have said before, the sound of British musicians is very rich, although not balanced in orchestral sections.

There is a myth about British sight–reading; I have no idea how it began—but it is a myth. American musicians sight-read much more quickly than British musicians, especially in time signatures other than 4/4, and they retain as they read. The British musician will get through one figuration well but upon confronting the same figuration twenty bars later he will have trouble with it.

Then they are different?

Only because the English musician won't work and won't give himself to music. Part of this is because he thinks jazz is a romantic art, that the essential part of jazz is soul.

Isn't it? Yes, but this is true in all art. The idea that music is feeling is good, as far as it goes, but it doesn't go far enough.

But there is no incentive here, is there?

There is not much incentive in America, either. Music should be its own incentive. The truth is that there is an apathy in England and that out of this apathy stem many of the difficulties found in British jazz.

But you seem to have had considerable success in working with British musicians.

Unfortunately, what we have done has been the exception. I have tried to break old patterns and habits and establish new ones. British musicians worked with me, rehearsing once a week without pay—and I would like to think that they did it because they felt it would help them as musicians and that they felt a responsibility to music—a responsibility to fight back against the anti-cultural forces which oppress them.

But of course, there is more to it than this. People have many and changing reasons for what they do. Perhaps some men play with this orchestra for the experience. Perhaps some wish to ease their conscience by making a contribution.

But I think it would be fair to say that at one time or another everybody in the orchestra has been touched by the divinity of music—has realised an ideal.

Do the men learn something in this orchestra?

Perhaps they do. I hope they have learned from themselves. I have tried to teach them how to learn. That is, the art of a good performance has a lot to do with careful thinking about music and with working out details which are obvious to us all.

Don Lusher played fourth trombone with the orchestra. Why was this?

The first chair was not open at that time. Don is a very fine trombonist and he was willing to play with the band because he said he got something out of it. We have never had many session players with the orchestra and we have fewer now than we had in our first year.

Have you written most of the music for this orchestra?

No I haven't. During the last couple of years most of the music has been written by others, particularly, Dick Peaslee, Tony Russell, Ken Wheeler, Richard Rodney Bennett, Bill Geldard and Tony Kinsey.

What is your angle? 1. I have gotten a lot of work since I have been in England.

2. I have had at my disposal players who are able to play my music with a fair degree of sympathy and technical proficiency.

What is your financial status?

I don't really believe it's anybody's business except my own. But I may say the following: 1. "I've been rich and I've been poor," (Harlem song)—when I was poor I went about my business very much as I do now.

2. I depend on my work as a musician to make ends meet.

3. I have always taken risks. I believe that one can make money and write the kind of music one wants. I have refused to be pushed into commercial music. Hack writers aren't paid as well as I am.

4. A lot of money I make goes into the orchestra.

Have there been many changes of personnel in your orchestra?

It's not my orchestra. It's the London Jazz Orchestra. I suppose we have had about a hundred different players during the last two years. If I were to include substitutes the number would be closer to two hundred.

Have you ever let men go—and, if so, has this caused much resentment?

Yes to the first part of the question—but I can t really answer the second.

Some of the men have rejoined the orchestra. One man was a gracious enough human being to thank me for the chance to play with us. Others have found it difficult to believe that there could be anything wrong with their playing.

Has the character of the orchestra changed in the two years?

I think it is more of a jazz orchestra now. The players have become much more supple and have come to understand that my insistence on accuracy doesn't preclude spontaneity in feeling—that it is, in fact, designed to bring out natural playing.

Do you think the orchestra swings?

Yes. Not always of course. Many of the people who don't think so haven't heard the band or are put off by other things. People think we are trying to make jazz into classical music. Nothing could be further from the truth. We do play pieces of music which are longer and more worked out than jazz pieces used to be twenty years ago.

We do try to avoid silly titles, like "Jumping At Joes" because they diminish the music and tell the listener that what he is going to hear isn't too important. I very much dislike this patronising of jazz, especially when it is indulged in by the jazzman himself. If jazz is of some importance, why make it small and cheap by using teenage titles?

Is that why you are William rather than Bill?

I think it is very condescending to use nick-names for jazz players and full Christian names for classical players. I don't like the implications of this sort of thing. There have been some substantial contributions made by jazzmen and I think this tends to be obscured by a lot of irrelevant crud which the jazzman himself has encouraged.

Ideally it's better to hear jazz at a concert than at a night-club, although at the present time I rather prefer the night-club because the musicians get too nervous and stiff at concerts.

You actually conduct the orchestra, don't you?

Conducting is too strong a word for what I do. A lot of the time I just follow the rhythm section and try to get everybody else to do the same. And of course, I give cues and try to encourage the players.

But I certainly do direct the orchestra, by which I mean that I spend a lot of time rehearsing the music and working things out. My aim is to teach musicians to use their ears so that they won't need a conductor.

There has been a lot of talk about your pamphlet of instructions to the composer. People say that it's too fussy and this type of thing isn't needed in jazz.

I suppose people mean that I make a big point of trying to get standardised notation. I have spent a lot of time at rehearsals in my life where hours were wasted in inessentials: "This note is short here but is it supposed to be long there." This is nonsense. Why don't we agree on some fundamentals so that we can move on to bigger things? Why spend time on irrelevancies? I want musicians to be unimpeded—free to go on and dig into the music. You can't do this if the fundamentals aren't in order.

People say that you use the rhythm section in a very restricted way.

I am trying to open up some new doors. Sometimes this limits the player, if only in so far as it is dif6cult for him to play with as much conviction when he doesn't know the music well enough.

I do believe that there are a lot of other ways to use the rhythm section besides the standardised uses one comes across today. The problem is to convince the players in the rhythm section and when this is done the other players and the listener will be convinced.

Is this orchestra along the lines of Stan Kenton's orchestra?

Decidedly not. But I must take this opportunity to say that Kenton's mistakes were better than a lot of other people's successes. I think it is very sad that his music has gone in and out of fashion so quickly.

What is the fashion in England?

I prefer to answer that only in respect to fashion among musicians themselves. What most musicians want is meat-and- potatoes music-toe-tapping swing pieces. What they don't realise is that swing is created by discipline. They think that excitement equals swing.

I have heard British bands when the musicians think they are swinging and they usually aren't. Everybody forgets that Count Basie during the late 1930s had one of the most controlled ensembles in the history of music.

Ironically this is what I am trying to get at myself but perhaps I haven't made myself clear. This is the kind of swing that I am concerned with—not the brutal and mechanical sort of performances that count for swing in the large orchestra today.

Why haven't other British musicians written for this orchestra?

They have been asked. I have offered them the resources of this orchestra as generously as I could, but it was a year before anybody in England wrote for us.

We offer people the opportunity to fail, the freedom not to succeed. If you don't have this opportunity all you can do is write `play safe music', and this is what most people are doing.

I feel that an awful lot of musicians are talking out of both sides of their mouths. On the one hand they write jingles and play any obscene music that comes along and on the other hand they set high aesthetic standards for others.

Who else has been doing things in England these past two years? Of course there are some, but why aren't there more? I'm making a plea for creativity and hard work and for broadening the horizon. And there's nothing else behind it all.