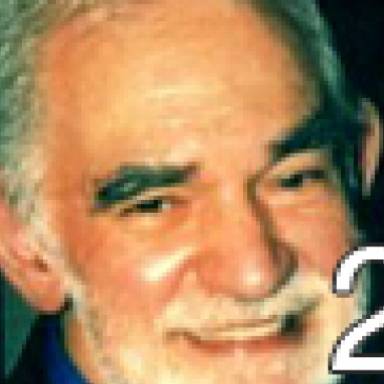 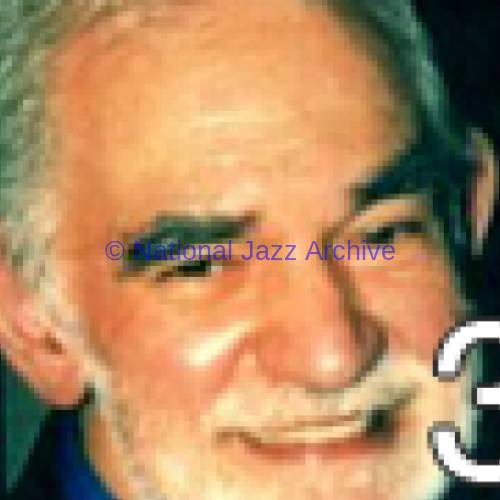 An interview from1964 with the great jazz composer Bill Russo conducted by Les Tomkins. Also, a tribute to Russo from Ron Simmonds in 2003. 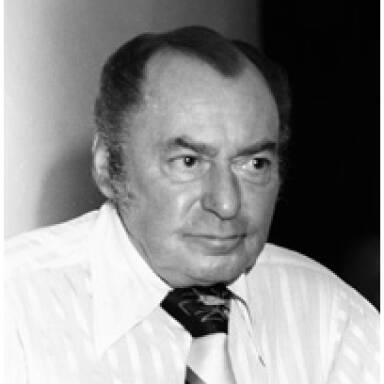 Woody Herman: Interview 1
Back to Interviews
Next
Previous

The undisputed greatness of the Duke Ellington Orchestra is often attributed to its longevity, which has, the argument runs, allowed Ellington to draw on the resources of many talented players over a long period of time. In these players he has found his inspiration. I don't find this line of reasoning wholly satisfactory, although there is undoubted truth in it.

Many of the players in the Ellington orchestra have been marvellously expressive and imaginative. There have even been some first–rate soloists, by standards which apply to jazz as a whole as well as to the particular functions of the Ellington music. A great number of the soloists have had a lesser, but certainly valuable, ability to play a solo which fits into the music and at the very same time has great colour and individual flavour. But of all the soloists who have been with the Ellington orchestra, it is Blanton alone, I believe, who was an improviser in the same class with Lester Young and Dizzy Gillespie; he alone possessed the gift of making a solo an organic and complete thing.

Furthermore, although Ellington has certainly been inspired by his men, it would be a more complete truth to add that he inspired them even more, bringing out their best qualities and providing them with magnificent settings.

For example, the improvising soloist in jazz, at his best, plays a continuous and complete line which leaves the orchestra little to do but accompany; at his worst, he works against the music, trying to get all the notes he can think of and wheedle out of his instrument in the shortest time possible. Ellington has somehow gotten soloists to work within his domain: to stand still at times while the music moves on, to play shorter solos, to play fewer notes, to use mutes, to play fill–in solos, to improve against another soloist. He gets his soloists to blend with the music, to subordinate themselves to his orchestra, to recognise the whole. And they are, nonetheless, an extraordinarily mixed and diverse group of men. (This is no paradox. Most people, even in jazz, have to be encouraged to be different from others.) Ellington's imprint is on his drummers, too. Left to their own devices, drummers will play like those with Count Basie or with Stan Kenton during the past ten years or so. It takes a John Lewis or a Duke Ellington to prevail upon the drummer to work with the group, to use a variety of sounds, to keep the pulse going in less ordinary ways.

I am suggesting, too, that the men in this orchestra, as in all orchestras, have quite different goals and values from the leader, that they are often out of sympathy with the music that they play and that it has been Ellington's genius to encourage their best and freshest qualities and to bring these qualities together with the music.

Part of Ellington's success in this mixture of soloist and orchestra is because his soloists don't talk to the gods with the same intimacy as Lester Young did. Also it is due, I believe, to having men of an older, more economical, school of playing. (Not much older than Lester Young, it is true, but he was a precursor of a more recent movement.) The fact that Ellington has had many of the same talented players for so long has without doubt made some of his achievements possible. But this fact has not created the achievements. Rather, it is Ellington's vision and his extraordinary gifts which have brought all these resources to such magnificent fruition.

Another attempt—related to the above—to explain Ellington is made up of two parts, the second of which is not so often stated as the first. It begins with proposition that the performance of the Ellington players is the substance of it all.

The other half of this equation (not so often heard because it is just gaining strength, waiting to pounce on us and devour us all) is it ain't what you do, it's how you do it: Form over Content—Manner over Substance.

I was privileged to hear the orchestra at the first of two concerts held at the Hammersmith Odeon cinema on February 16 (1964) and was witness to a stunning refutation of this notion. Ellington played that evening (as he always has done—for reasons which only another bandleader would understand) two or three pieces which are quite out of the idiom of the orchestra. One of these works, "The Opener" (written, I believe, by Cootie Williams) fared particularly badly.

Here is a piece not at all distinguished in its use of notes or chords or rhythms, nor in the manner they are put together. It is an ordinary piece of music and the orchestra sounded like an ordinary orchestra while playing it. Williams played well. He nearly always does. But the trombone solo, by Buster Cooper, was fast and flashy and not at all a clear statement.

This orchestra needs fine material and Ellington's helping hand. That Ellington occasionally lets the orchestra go its own way merely brings this out.

My own explanation for the greatness of the orchestra doesn't exclude the other two. In fact, it accommodates them both. Ellington has had a very fine orchestra over a long period of time and he has taken advantage of it to the fullest extent. And the realisation of this music by the orchestra allows us to understand fully what Ellington has in his mind.

Without the orchestra, Ellington would be like many jazz composers today, deprived of his own growth and of proof of his talents.

But the fact remains that the music of Ellington (and of Strayhorn, of course) determines the orchestra, not the reverse.

In this short essay I can only touch on the greatness of Ellington's music. It's quality is measurable, certainly, not by the standards of classical music any more than by those of jazz, but by the application of the human mind to the musical object. It can be measured like any art form by its purposiveness and by its total musical/ethical content.

Like all fine music, Ellington's work is distinguished by the relationship between notes and between chords—by its fundamental connection of beat to beat and bar to bar. And its notes and phrases and themes succeed each other with an inevitability which does not exclude the unexpected. It is this, which I now merely describe, which makes the music stand up on its own.

In refuting my explanation for Ellington, it is often said that his music doesn't sound good when played by other orchestras. One could counter this easily enough by pointing out that: (1) the Charlie Barnet band did indeed perform a number of Ellington's pieces (and pieces in his idiom) quite satisfactorily in the 1940s; (2) not many other attempts have been made so how can we say? (3) the future of this music is still very close to us—we mustn't close the door yet.

But let us assume that the jazz orchestra is dead or dying, that soloists will no longer work with a jazz orchestra, that even if they did they are now stylistically or psychologically unable to knit themselves together as Ellington's men have done, and that the music of Ellington is at an historical end, with no hope of being renewed. This would assume too much; but would such an assumption diminish the music? I don't think so. And does such an assumption demonstrate that the players were the ultimate creators of the music? No, again.

Allow me to move on from this somewhat controversial point to a more specific discussion of the music and of the concert which I heard. The most rewarding piece of the evening ,was the newest, the tentatively titled "Far Eastern Suite." Like Ellington's other best music, this new piece avoids the obvious, is non–symmetrical rather than Byzantine, and is worked out on a large canvas. The use of jazz materials is wide, cutting across the idioms of the whole history of jazz.

And Ellington uses some ideas from other music, notably the organom of perfect 4ths in the third section. (Four sections of this new work were played in the first half of the concert, and one in the second half.) The loveliest themes of this new suite are in the first and fifth sections, and both were played with gorgeous tone by Lawrence Brown and Johnny Hodges, respectively. The whole work uses the players very economically, with many long rests and with frequent orchestral groupings of three or four players instead of sectional choirs or ensembles. The use of percussion was especially felicitous. The drum part rarely doubled the ensemble figures (a relatively modern tendency which I believe to be antirhythmical, we heard quite a few new accompaniment figures and a wide range of percussion sounds, and the balance between percussion and double bass and wind instruments was very good throughout the evening.

(The amplification caused a slight time lag which made the drums seem a little ahead of the winds. I don't know why this was; it should be the reverse.) Other interesting aspects of composition during the evening were the use of the wind ensemble without the trombones, which is clearer and more forceful than the usual grouping of trumpets, trombones and saxophones, and the use of four real voices for all the wind instruments, doubled in octaves and in unison.

The performance of the orchestra that evening was not the highest it is capable of, but it was certainly very fine. The attack of the winds was excellent, especially on the fast pieces, but the releases were stunning, tailing off into an imperceptible close. Ellington's occasional use of even quavers (as in "Tone Parallel To Harlem") is telling and was very well played—as was quaver, crotchet, crotchet, crotchet, quaver (not even quavers, but not true 12/8 either, please note).

Cootie Williams, Lawrence Brown and Johnny Hodges were all quite marvellous. I particularly enjoyed Jimmy Hamilton's beautiful sound and the cleverness of his playing. Rolf Ericson played a well–thought–out solo on "Perdido," but he was ill–advised to use the flugelhorn rather than the trumpet, since the lowest octave of his solo was almost inaudible.

There was a slight decay in the performance of the oldest works, like "Rockin' In Rhythm," but this is inevitable, I think, and not to be criticised. ("Tone Parallel To Harlem," on the other hand, suffered from a lack of understanding from the players; I don't feel that the orchestra has ever understood this work.) All in all, the concert was extremely gratifying, not only for what it was, but as a reminder of just how large and continuous a force jazz can be.