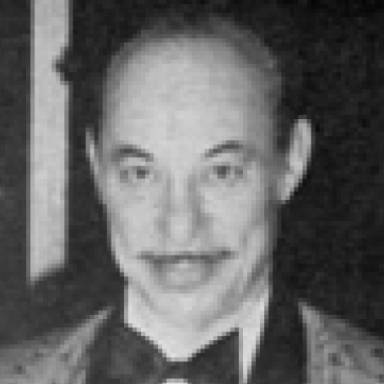 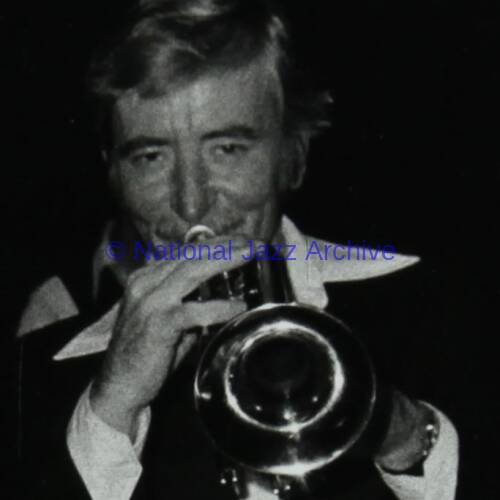 Interview One: The Utilising of Uniqueness

Three interviews from Les Tomkins talking to American jazz trumpeter Bill Berry in 1980, 1984 and 1987 about the Duke of Ellington Orchestra and leading his own group the L.A. Big Band. 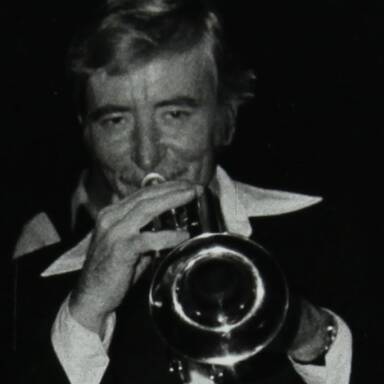 Bill Berry: Interview 2
Back to Interviews
Next
Previous

The first time I played with Louie was in 1963, in a band that Ellington put together. In addition to working with Louie’s band right now, I have my own big band in L.A., that I must say is very good too. We play concerts, clubs and do the occasional record date. We feature a lot of the old Ellington music the off–the–wall, lesser–known things and some originals, of course.

As to where I’m from in the States that’s a difficult question. I was born in Michigan, but the reason I was there is because my father was on the road and that’s where the band was at the time. When I was two weeks old, we left there, and I’ve never been back since. I generally claim Cincinnati as my home town, but I’ve lived in Boston, New York and now Los Angeles.

I started playing piano when I was five, but without even knowing it, I think I always wanted to play trumpet. Although I play strictly cornet now; just in the last five years I discovered one, and I’ve been playing it ever since. Originally, all I did was start playing trumpet; I didn’t have a lesson till I was about twenty–five.

After I got out of the Air Force, I went to Berklee School in Boston, which was where I had my first lessons. My teacher was a trombone player with the symphony, named John Caughey a great teacher; he taught all the brass players.

While I went to Berklee, I played with Herb Pomeroy’s band. From there, I went with Woody Herman, Maynard Ferguson, and then Duke. When I left Duke, I went on the NBC staff orchestra in New York, and it’s just evolved from there. I was a charter member of Thad Jones’ band, and a lot of ‘em. Now I’m with not only Louie, but Terry Gibbs, Nat Pierce and Frankie Capp’s Juggernaut, and my own band. Just trying to keep it going.

I love big bands. I don’t think there’s anything that can really match that impact. I was terribly influenced by all those pretty colours that Ellington used to write and get out of his band, and I know Louie’s the same. I like that a great deal, Ellington’s was a pure jazz band—yes, the music certainly was created as it went along.

I had a huge book of music I don’t think we ever played any of it at all. Louie will tell you that there was no drum book; nor was there any piano book. My book must have been ten inches thick, and nothing was numbered or titled. One time, when I first went on the band, I said to Cat Anderson: “What note do I play on the end of this tune?” He said: “Grab a note that sounds wrong and hold on!” The arrangements of Ellington or Strayhorn had none of the normal markings over the notes—it was left to the sections to interpret it. I remember one record date we made, where they gave us each one stave of whole notes; then Duke sang the rhythms to us, and by the time he got through, it was a gem. I don’t know if anybody else except Ellington could do that.

So that’s been pretty much my primary influence. When I was a little boy, I used to listen to John Kirby’s band—they used to broadcast every Saturday morning, I believe and I was greatly influenced by that too. Of course, Roy Eldridge I love, and Louis Armstrong, and Dizzy, and Buck Clayton. That’s really where my head is at, so to speak traditional–type swing music.

‘Now that I’m the age I am, it seems to me that most of the really good bands were greatly influenced by Ellington. If you listen to Woody Herman’s 1945 band very carefully—the First Herd—there’s an awful lot of Ellington influence, in Ralph Burns’ writing, for example, at that point in time. Ellington had an orchestra, rather than a band; he had a much more orchestral concept. It wasn’t a trumpet section, a trombone section, a saxophone section—he mixed everything up, to get those colours. He wasn’t afraid to try anything, orchestration–wise, voicing–wise. And it just knocked me out to say nothing of the swing.

Going into studio work was a change of situation, certainly. But after playing with Duke’s band, nothing else ever really bothered me or frightened me at all. When I went on NBC, it was the first time I had played under a conductor with a baton since I was in the Air Force. That was quite a switch; as I said, with Ellington we never read any music—we didn’t even have stands. All of a sudden, I was playing much more legitimate–type music, if you will. Although, if that makes Ellington illegitimate, I’ll go that way. The thing is, whether Ellington was playing suites, movie scores or whatever, you always knew it was him.

But the last two albums I made of my own were both small group things—I enjoy that at least as much as big bands. Mundell Lowe and I have just gone into partnership with our own record company. We recorded our first album with the trumpet player Jack Sheldon: it was Jack and I, Ray Brown on bass, Dave Frishberg on piano, Mundell on guitar and Nick Ceroli on drums. We did a lot of Jack’s material. It should be out in a couple of months; our label is called Beez Records. My initials being B.B., Paul Gonsalves always called me Beez—that’s where that originates.

Jack Sheldon hasn’t had a record out in a long time. Up until a couple of years ago, he and I worked together for about eight years with a television show. He’s still doing it, in fact; that’s what he does, but he’s just as funny as ever, and plays just as well. He’s another original. Yes, he definitely has a distinctive sound especially if you’re trying to match it in a section! He’s great and we like the album.

With the big band, we recorded for Concord Jazz. We did an album on this Beez label four years ago; I gave it to Carl Jefferson, and it’s also supposed to be issued on Concord—when, I don’t know. But most of the Concord records I’ve done, as a matter of fact, have been with small groups, except for the one—well, I’ve done a couple with Juggernaut for them.

I’m enjoying England, incidentally my first time here. There were many times when I nearly got over, but I always seemed to leave the band before they came. My home base is Los Angeles, and I love it there. There’s an awful lot of jazz, of all sorts, every style, going on out there. The area contains many, many good musicians.

What do I like in particular about Louie’s band? The drummer! Oh, I like everything about it, of course. Menza’s a wonderful arranger, and Louie is also; I don’t know how many of his own things Louie has arranged recently but he’s a heck of a composer and arranger. I like the guys personally, as well as musically—that’s half the battle or more. I always feel that if you can get people who get along personally, they’ll make better music. I’d rather have somebody who doesn’t play quite as well, but who is compatible, then a superstar who is disruptive. When you get this many people in one organisation, you’ve got to get along. If the band is having fun on the bandstand, then the audience will have fun. That gets across. And just the opposite is true if everybody’s standing there with a long face, the people feel that too. This is a communication—type business and it’s an international language.

I don’t work as much on the instrument as I should, but it’s not something you can lay off for even a minute at least, I can’t. When you pick it up, it doesn’t work the next time, if you let it go. Yon want to know the reason that I play the cornet, rather than the trumpet? Well, this is the truth it’s because I like to play with a plunger, and I’m so short that it’s much easier, physically, for me to have that shorter horn. It’s more my size, that’s all. Except for Thad Jones, every cornet player that I’ve known has been a little guy. Think about it for a minute—Ruby, Hackett, Ray Nance. I know if I pick up a trumpet, it feels large to me my arms are further out here; after I’ve been playing this thing for five years, the trumpet feels odd now.

I used to play lead on the television show, but I’m not ‘a lead player’. Not when you get in this kind of company Bobby Shew is a magnificent lead player. And on my band the two lead plavers are Gene Goe and Cat Anderson. Gene used to play first chair with Count Basie, around ten years ago. Cat plays whenever he’s in town, and we have a job, but he’s been in Europe pretty much, off and on for a couple of years; so he’s difficult to get hold of. Nobody else plays like him, either.

You see, that’s the Ellington business again. I feel everybody should be utilised as an individual. I don’t like to think: here’s the trumpet section; I like to think of four trumpet players, every one of whom plays differently. What I try to concern myself with, as far as possible, is what each one does best. For my money, the idea is to blend those four voices, the way they are. Rather than what they do in the studios, where they want everybody to sound pretty much alike you know—this is a trumpet, and this is what a trumpet sounds like. I don’t go along with that at all. If you have a Cat Anderson sitting there and you don’t utilise his uniqueness, it’s a shame. And that goes for everybody in my whole band.

It goes back to Duke, and it probably goes back much further than that. I learned it from Duke, but I’m sure he learned it from somebody. You could probably go back a thousand years, and have the same thing going on. Of course, classical works have been composed for individual players. And I’m sure that a hundred years ago, let’s say, classical players improvised—unfortunately, they don’t seem to do that any more. Because obviously music was improvised long before it was ever written down, or they wouldn’t have anything to write about. The first thing primitive people do, after they get through eating and sleeping, is make a drum and start ringing and dancing. And generally it has to do with a deity. I think music is probably one of the very vital, elemental forces. And rhythm the whole thing.

We’re talking about my band coming over, and I hope it does happen but I’m very happy to be here with this band. Everybody I’ve encountered has been terribly nice; the whole environment is very comfortable. I can hardly wait to come back and bring my wife, because I know she’ll enjoy it just as much.