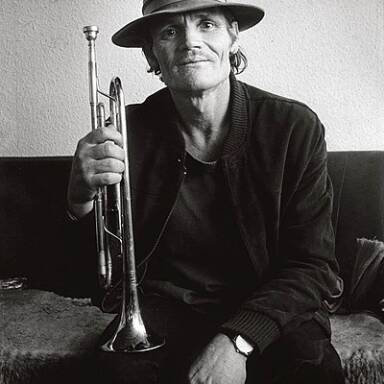 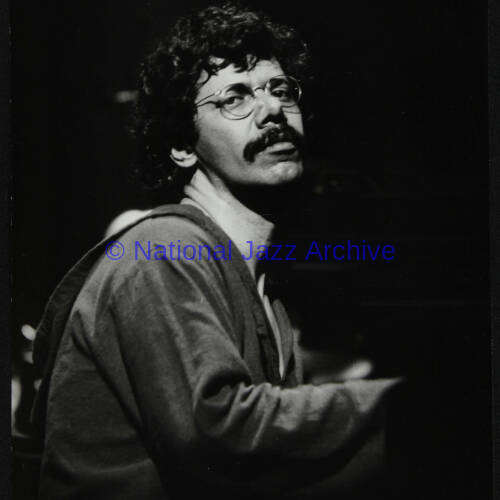 Interview One: Return to Forever

The American jazz pianist Chick Corea chats to Les Tomkins in 1972 about his vision for the future and his original inspirations. 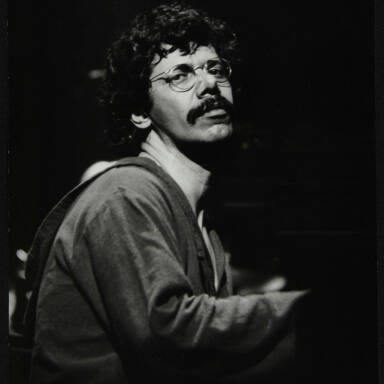 Chick Corea: Interview 2
Back to Interviews
Next
Previous

My group ‘Return to Forever’ and I have been touring together now for about seven months. I've known and worked with saxophonist Joe Farrell for a lot of years, since the early sixties. Bassist Stanley Clark I just met last November, and we developed a beautiful relationship immediately. And Airto Moreira, our drummer, I've known for a couple of years. We worked together with Miles for a while. We first played as a group towards the end of last year, but not with the intention of staying this way, at that point. I just got a job at the Village Vanguard, New York, and we gathered some music. It felt so good that we decided to make it a full-time thing, with the addition of Airto's wife Flora Purim, on percussion and vocals.

I have a very clear intention now, which is shared by the others: to present very high-quality music and to communicate to a lot of people. We want to put it in a way that people really get it, making use of all the forms of music that we are familiar with. Our idea is to make a real presentation, taking it into the realm of performance, rather than just a jazz gig.

Right now we've been working the standard jazz circuit, because that's what we're mainly known as. But more and more, as we play this music, we're getting opportunities to play to the audiences that we feel would like what we do more - colleges, concert dates, and pop audiences also.

Yes, there is certainly a specific meaning in my choice of title for the group. Forever is a word which means a duration of time without ending, you see, and it implies a place where people are when they're not thinking about time, not embroiled in the world, and they're very much themselves. Where time just passes without being noticed. And it’s a very beautiful place to be; it's a very light, happy place, where a lot of production and creativity happens. It’s not really a place or a time; it's just a way of being, and it's a return to that, you see.

Returning to it is necessary because I think this is a basic goal that all people share:  just to be happy, to be very creative, and to communicate with one another very freely. Such a way of existence smacks of truth. But people have moved away from the awareness of this. All you have to do is take a look around you, and inside you, to observe how far we've travelled from it.

I come from the Boston area. My father's a musician; there was always music all around me. He introduced me to the piano when I was five, showed me some things about it. I just liked it, and stayed with it. I attempted schooling in a few different ways, but it never proved too successful for me, so I just pursued the learning of music on my own.

I think the thing that attracted me to music was the creative part of it. When I observed in another a real involvement in what he was doing, saw him creating something from himself, it was a fascinating thing to me, and I wanted to do that.

The area that I was looking at mostly - because I was exposed to it - was jazz music. These vital elements were to be seen in Charlie Parker's music, also that of Horace Silver, Dizzy Gillespie, Bud Powell, initially. That quality of creativity attracted me very much. Now I see it to be just a basic desire we all have, to make something beautiful exist, that comes from within us.

But I wouldn't say that Bud Powell advanced jazz piano. I was drawn to his music simply because of its self- expression. In terms of advancing the piano, Art Tatum was really the one who did that, around his period of time. Due to the pains and sufferings in his life, Bud Powell never really got beyond a particular point, but he had that desire which came through. The thing I liked about Horace Silver was that he was a composer, and he worked out a very special kind of music very successfully by himself.

In recent years I haven't been listening closely to him simply because most of my attention has been on doing my thing and writing my music, but I admire him very much.

My father had a black tuxedo which he gave me, and I went out and played some dances around Boston, which was fun. I just had to play every tune that was ever written, know all the changes and the right key. I was never really able to do that well, but I did it enough to get by. I used to enjoy going to listen to Herb Pomeroy's band at that time. And I had a trio in Boston, playing all of Horace Silver's music; we used to go out and play at a jazz club every now and then.

Then I decided I wanted to go to New York, and I thought the way was through education; so I went to Columbia University for a month and Juilliard for six months. Both of them were disappointments, in terms of what I was looking for. What wasn't a disappointment was the atmosphere of New York, and the musicians that I began to meet there, the bands I started working with; that was my learning ground.

The first beautiful thing was listening to Miles Davis. And playing with Mongo Santamaria was a great help; after a few little groups, I finally got a job with him. It was very, very nice; he had a strictly Cuban band then. He didn't play rock 'n 'roll, he played authentic Cuban music, and I was exposed to that area. Very true, very excellent music.

The Latin feel, which is to be heard in my group now, is a form of music that I enjoy very much - it's very danceable, very singable and very happy. No, I don't have any Latin blood that I know of; my grandparents are both from the Southern part of Italy. But I don't feel at all influenced by my genetic heritage; I feel more influenced by the environment I was brought up in, and the musical forms that help me express what I want. And this group makes me feel the happiest I've ever felt in music.

Working with Stan Getz, Gary Burton and Miles Davis were all very good experiences for me, and helped me separate out what it was I didn't want to do, and what it was I did want to do. And what I discovered I didn't want to do was be mysterious, esoteric and non-communicative. What I did want to do was be very expressive, lyrical and communicative, so that's what we're doing now. Intellectual music makes people scratch their cheeks and furrow their brows. Music that is very direct, simple and happy has the effect of lifting them up - that’s the kind of effect I like to create on people.

Do I have to compromise my technique to do this? Not at all, because what happens is: the intention of the music is the most important thing. The technique is just the way that that's done. So if the intention of music is technique, then that's what people will get. They'll say: "Wow, that was a dazzling solo you took" or "You play so fast - I can't believe it." If the intention primarily is communicating, and the technique is used towards that end, then it's a perfect balance.

Definitely, too many musicians have tended to play for themselves, instead of their listeners. And it's only a result of past failures of communication; that's the only reason a person would withdraw from being very open about it. Someone doesn't understand him, or someone puts him down. Then he tends to become tentative, unavailable and mysterious, and people frown and say: "What does he really mean?" Not only artists but people in general have been guilty of going into some very complex philosophies, which have nothing to do with life and living.

This must be changed, because people themselves desire it. It makes a person feel very good to be able to deliver a very honest statement and to have it received.

It was for only about a month that I worked with Gary Burton's group. I enjoyed it very much. I love Gary and his playing, likewise Steve Swallow. Roy Haynes was on drums, and I've had a lot of experiences of working with him. But at that time my musical ideas were different than what Gary wanted; so it wasn't a balanced thing. In present time, Gary and I have returned to some agreement about things. Now we're about to do a duet record, and to play a duet concert in Berlin in November. They'll be mostly compositions, a few of Steve Swallow's and I think one or two of Keith Jarrett's.

As for Stan Getz, I enjoyed the challenge of making music happen with him. Earlier this year I put a band together for Stan that had Airto, Stanley Clark and Tony Williams in it. I wrote a bunch of compositions for him, and we had a wonderful time for three months. We did a recording, too, which I'm hoping Stan's going to release.

Actually, there are only two records that I've done that I'm completely happy about. One is my latest, with this group, called "Return to Forever". The other is the one I did prior to that, a solo piano album, called "Piano Improvisations, Volume One". I didn't think about that in terms of a challenge; it was just a lot of fun, and it proved to be very successful, very well- received. And I'm very happy about that, because the music is simple and direct. It's what I really feel.