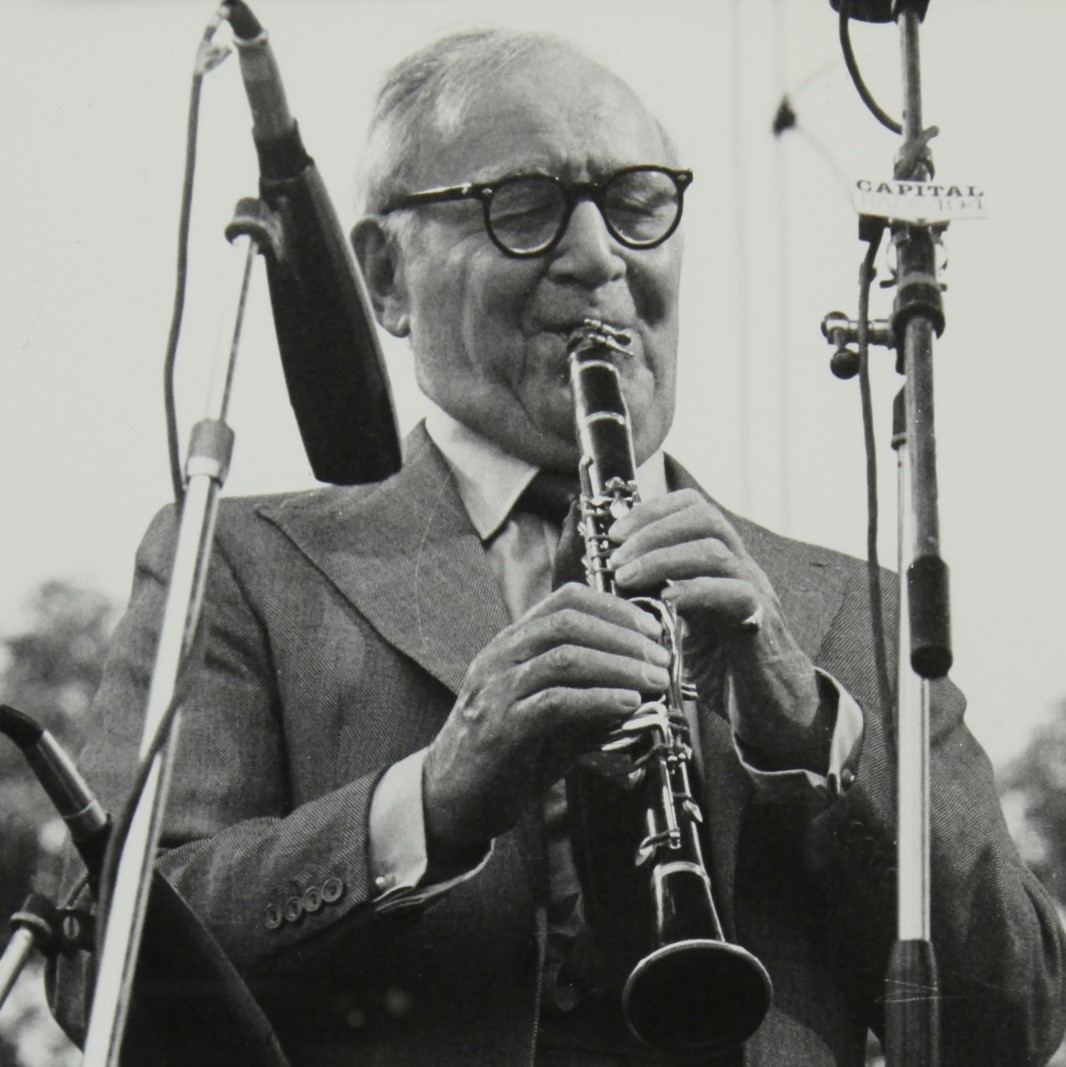 I’m a jazz enthusiast who collects 78rpm records and I’m also learning to play the clarinet. A not unnatural consequence is that I have more records by Benny Goodman than by any other artist, closely followed by Artie Shaw.

Both were prolific recording artists during the heyday of big band swing.

The National Jazz Archive has ten books about Goodman and his music, including two by D Russell Connor and Warren W Hicks with confusingly similar titles: BG off the Record, and BG on the Record. Both have the subtitle A bio-discography of Benny Goodman.

In the second of these books they write ‘The overwhelming majority of Benny Goodman collectors are jazz enthusiasts. To possess complete collections they buy his classical recordings, even if they never play them.’

I do play them. My first recording was Aaron Copland’s Concerto for Clarinet and String Orchestra, with Goodman on clarinet and Copland himself conducting the Columbia String Orchestra. BG on the Record notes: ‘Benny had commissioned this work from Mr. Copland in 1947.’ He first performed it on 6 November 1950, six days before the composer’s 50th birthday. The Columbia recording took place on 15 November 1950 in New York.

Having bought this record on vinyl (via ebay and shipped from the US) I researched what was available on 78rpm records. From an HMV Catalogue of 1941 I found that Goodman had recorded Mozart’s Quintet for clarinet and strings in A Major with the Budapest String Quartet (Mozart wrote some great pieces for clarinet as the ‘new’ instrument interested him). The recording took place on 25 April 1938 in New York and resulted in a six-part recording (UK Cat. Nos DB3576-78), which I have still not found copies of yet!

BG on the Record states that this recording was a triumph for Benny ‘as the critics judged it as a competent performance and he was thrilled with his acceptance in the classical field’.

The book then reveals: ‘Benny recalls that a year earlier he had breezed into a Chicago studio, after an overnight trip from Wisconsin, to record this same Mozart work with the Pro Arte Quartet. With no preparation but with worlds of confidence, using the same reed he had used the night before on a dance date, Benny sat in cold. He blew a few bars – and promptly blew right out of the studio. He remembers, “I just got up and walked out. You know, they were nice guys. They sat there and didn’t do a thing to humiliate me”.’

When he entered Victor’s New York No. 2 studio with the Budapest String Quartet he was prepared.

Clearly Benny was not really satisfied with his playing, perhaps particularly when it came to playing classical pieces, something I discovered when I read the December 1962 issue of Crescendo magazine on the National Jazz Archive’s website. The Archive holds every issue of the magazine, and nearly 150 of them can be read in full on the Archive’s website.

In an article entitled ‘B.G. flew 6,000 miles to play him a scale!’, Leslie Evans reports on a lecture Reginald Kell gave at the Russell Hotel in London. Kell was an international principal clarinetist and concert soloist who lived in the US from 1948. Benny Goodman asked Kell for lessons in the late 1940s and finally started lessons in 1952 through to 1959. 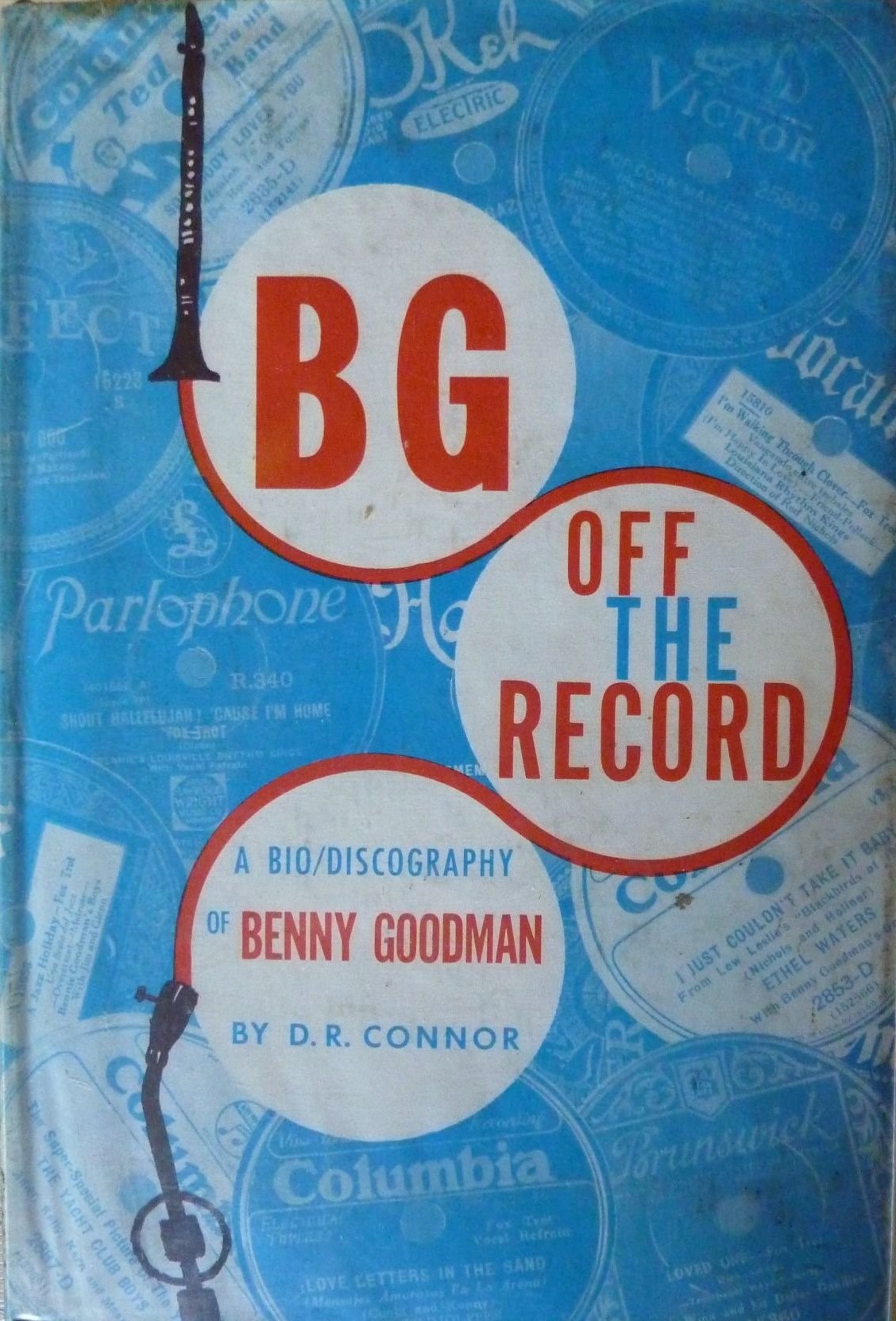 Benny was having three lessons a week. The article goes on to relate: ‘During one lesson he explained that he could not attend for another eight weeks, as he was going on tour. Kell advised the same practice routine for that period. Some six weeks later, he was surprised to get a long-distance call from BG who was in Los Angeles about 3,000 miles away. He wanted to see Kell urgently next day at 4 p.m. but declined to say why ...

BG caught his plane, duly turned up for his appointment, took his clarinet out of the case and blew with very good control right up to top G (4 lines above the stave). He turned to Kell and asked anxiously “How did that sound?” “Very good. It sounds fine to me”, replied Kell. BG said: “That’s what I thought, too”. Then he packed his clarinet again, shook hands and planed another 3,000 miles back to L.A.!’

Then I read a follow-up article by Bob Adams in the January 1963 issue of Crescendo. This starts: ‘THE one man who could have saved the clarinet from a horrible and diabolical destruction is Benny Goodman.’

The article continues: ‘Whether BG played the Mozart Clarinet Concerto (and he did once at the Carnegie Hall) better or worse than any of the accepted straight soloists doesn’t matter. However, it seems, according to last month’s issue of Crescendo, that this desire to achieve the ultimate in straight clarinet playing prompted him to approach Reginald Kell.’  As a reed player himself, Bob Adams goes on to urge players not to change their embouchure to double-lip. 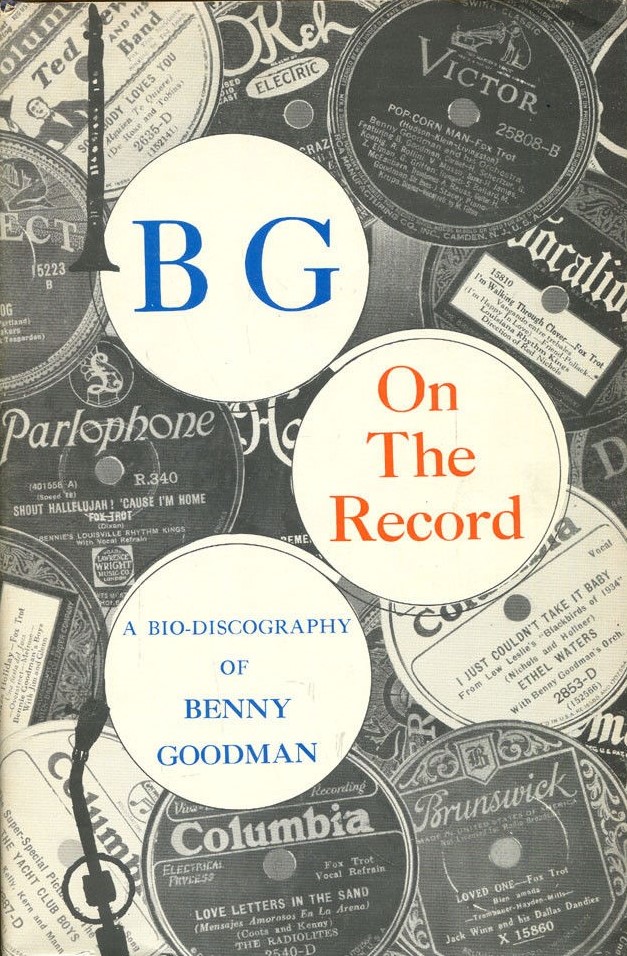 Leslie Evans reports Reginald Kell as saying that Goodman used a lot of low register, a lot of the upper register, but deliberately avoided playing across the ‘break’. If Goodman has shown us anything in clarinet playing, he has shown us how facile it is possible to be around the ‘break’. In fact, most of his small group, and many of his big band solos, are around the ‘break’. To mention a couple which readily come to mind, how about the middle of “Good Enough To Keep”, better known as “Airmail Special”? Then there is, of course, “Slipped Disc” – an excellent daily exercise, to say the least.

If any of the difficulties enumerated existed, then they existed more in Benny’s mind than in reality.’

There, my faith now restored, but now listening for the change in technique.

I am also still hunting down the Mozart on 78s.

Here are more articles you may be interested in