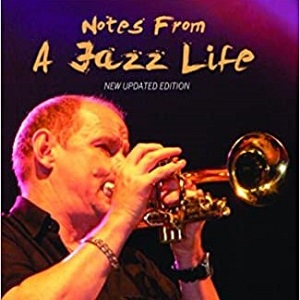 There are over 4,500 books in the National Jazz Archive. This shows that any new jazz book faces a lot of competition.

When I started to publish books about jazz I was given some good advice by a retired accountant from a publishing firm: ‘publishing is a good way to turn a large fortune into a small one’. There was no large fortune to worry about so that did not seem to be a problem. He also told me that editors always overestimate the number of books they will sell – ‘always’ might have been a small over-statement but it contained a fundamental truth.

More recently, at a National Jazz Archive event, I fell into conversation with a woman sitting next to me. That kind of thing often happens at archive events in intervals or before the start of concerts – it’s a friendly environment. She asked me ‘Don’t people who like jazz buy records, not books?’ I wished I had met her twenty years earlier – it has taken me a long time to discover this.

Perhaps the one piece of advice I would give to anyone thinking of writing or publishing a book about jazz, apart from saying ‘don’t’, would be ‘choose a subject you really enjoy’ because making money from it is very unlikely. It helps to have some other source of income, such as a job, a pension, a redundancy payment, or a partner who has a job and supports the whole project. I was very fortunate in all of these.

Northway started with the publication of a book edited by my husband, Roger, or perhaps it really began with a New Year celebration organised by the local Labour Party in Islington. The band for the evening was led by Harry Gold, a musician from an earlier era, already in his nineties, who was still jumping around on the stage after midnight and calling out to the audience, ‘Why aren’t you getting up to dance? What’s the matter with you? Are you too tired?’  We contacted Harry afterwards and found that he lived in the next road to us and had written his autobiography. A little while later he asked Roger to help with the book and they met in a local pub, Harry, a diminutive figure, pulling his typewritten manuscript along in a shopping bag on wheels.

I’ll miss out the hard work, the beer and the Irish whiskey that went into the editor’s conversations with Harry and the retyping to produce the final manuscript, and the design of a cover by our son and a friend. If you want to publish you need family and friends like these. 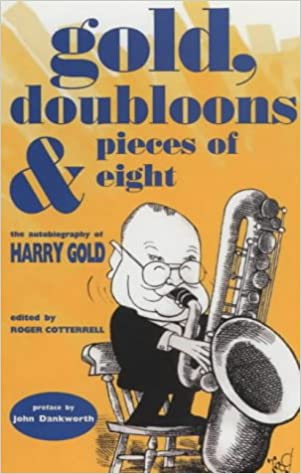 In February 2000 we had 2,000 copies of Harry’s book, Gold, Doubloons and Pieces of Eight, and the first and best Northway launch party took place at the 100 Club. We sold 153 copies at this event, and Harry signed all of them in the intervals between sets leading his band on the stage. Our second-best party (I am sure Digby Fairweather will not mind being second in this example) was a year or so later when we launched his Notes from a Jazz Life, also at the 100 Club through the generosity of Roger Horton.

I sometimes wonder whether we would have had more conventional success if we had asked someone to write a book about Miles Davis, John Coltrane, or some other American jazz great, no matter how many books on the same subject were already published. There was a lot of satisfaction however in telling the stories of British musicians.

Alto saxophonist Peter King’s autobiography grapples with the story of his immense talent and addiction in a world where drugs were not unknown. More light-heartedly, it describes his attempt as a boy to make a clarinet until his parents took pity on him and gave him the £4 for a secondhand instrument, and his taking Ben Webster back to his Mum for Sunday lunch, as well as his friendship and differences with Tubby Hayes.

Chris Searle’s book, Forward Groove, takes a radical approach, exploring responses through jazz to issues of racism in Britain and America. Some of our books combine an exploration of the wide range of jazz styles developed by great British musicians with insights into the racial issues affecting jazz musicians of African descent in Britain, including trumpeter Leslie Thompson, altoist Joe Harriott, and bassist Coleridge Goode.

Personal favourites for me include the exploration of what jazz is about in The Jazz Composer by Graham Collier, and Alan Plater’s Doggin’ Around, a memoir of his life in theatre, film and music, including some wonderfully told stories about Joe Harriott. Our most recent book, a biography of American bass player Henry Grimes, written in Germany by Barbara Frenz, combines a roller-coaster life-story with an account of his work with other great musicians including Sonny Rollins.

I think our books reflect the trans-Atlantic and pan-European nature of jazz but my deepest regret is that Northway never published a book about a woman musician, because no one ever offered us one. The neglect of women in jazz has recently been challenged by the 2018 National Jazz Archive exhibition ‘Women in Jazz’ at the Barbican Music Library.

Perhaps the most important lesson for me through Northway is that the British jazz world is full of great characters, people who overcome all kinds of adversity in order to be musicians.

We are unlikely now to publish more books but I’d like to suggest that the National Jazz Archive is a great place to view the range of books, articles and archive materials about jazz and its origins through the last hundred years, and a wonderful resource for future researchers.

The only really global jazz magazine »