Documentary team films at the archive 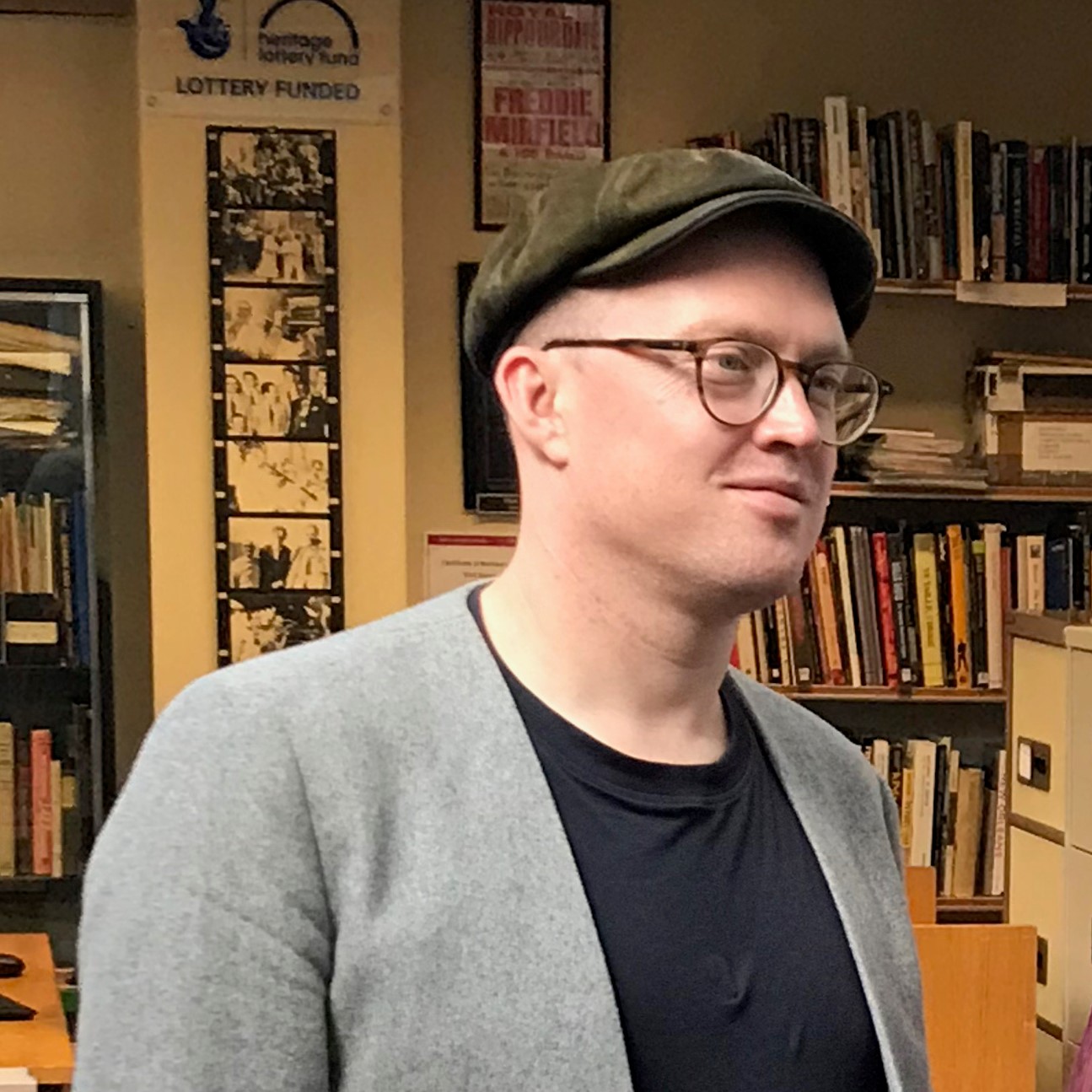 Clarinettist Adrian Cox, a National Jazz Archive ambassador, has embarked on a new documentary project with Kansas Smitty’s production team and called upon the archive to help collect supporting material.

Kansas Smitty's is both a jazz band and a music-centric nightspot hosting live swing and jazz. During lock-down, the Kansas Smitty's team have developed KSTV, a production capability to promote live and recorded music.

The team is making a film about a famous American jazz clarinettist who first visited the UK in 1919. While exploring his UK and European visits throughout his career, the film will also reminisce over Adrian’s early musical career.

In early September, the team of filmmaker Darcy O’Connor and Kansas Smitty's band co-founder and manager Jack Abraham, along with the cast and crew, came to the archive for a days filming. Alongside Adrian Cox was jazz musician and promoter Pete Lay.

During a busy week of filming, the team had also been filming in London and recording music for the documentary along with Kansas Smitty's pianist Joe Webb (a regular collaborator with Adrian Cox in his quartet). In preparation for the filming, Adrian and Darcy had previously visited the archive to review the helpful background material that archivist David Nathan and the National Jazz Archive volunteers had put together on the artist.

Can you guess who this famous jazz artist might be?

More information can be found on Adrian Cox and our other ambassadors here.

A new patron for the archive »