Brian Foskett (known as Freddy) began his photographic career around the jazz and blues clubs in his home town of Cambridge, capturing images of visiting bands and local musicians. He had previously been a drummer so had a feel for musicians, and his work captures them in their exuberance, mostly performing but sometimes at rest. 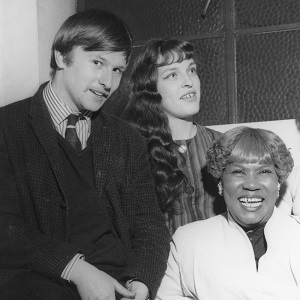 He was a professional industrial photographer who took music pictures as a hobby. Some of his earliest images included Louis Armstrong, taken in London in the early 1960s. It wasn’t until 1997, when Foskett self-published his first book, Jazz Pictorial - that his images taken from the early 1960s through to the mid-1990s, became more widely circulated. This was followed by a sequel, Jazz Pictorial 2, in 2005.

Currently (June 2020), the Brian Foskett Collection is being catalogued and digitised, so more images will be added in due course.

As well as being available to view below, many of the images in the National Jazz Archive Photograph Collection are available to buy as framed prints, canvas prints, posters, and many more formats from our partner Heritage Images. These include the images of Denis Williams, Brian O’Connor and Brian Foskett. Start the search for your favourite musician’s image here